Despite the marketing blitz, Barcelona is still rather like Brighton was before BBC researchers discovered the irresistible combination of out-of-town living and the 7:47 to Victoria: a seaside town to which a provincial businessman can take his secretary for a dirty weekend without getting caught. This seediness is made all the more attractive for me by the continuing popularity here of memes that have lost all credibility elsewhere. You’ve probably seen the city’s folksy anarchists (I only found out today that Fourier was a falangist … of sorts) and Stalinist revivalists cavorting across your screens during street disturbances, and now the Harley-Davidson boys have joined our little museum of dead ideas.

Harley-Davidson, Inc (HDI:US) is incredibly boring. Since the late 80s, it has been the kind of company everyone advises their granny to invest in. Despite this, the corporate image specialists continue to sell it as freedom, machismo, adventure. It need not surprise us that lots of fat old men believe this: judging by their facial expressions and salivary tract control (dribbly), many of those who have showed up here have been shot through the head at least once in their lives; if you flash-carded brand, they’d probably blurt out “Safeway”. Moreover, if one’s sphincter has begun working half days, what better to hide the eruptions than a poorly designed motor? But 1) why choose Barcelona for the centenary event, and 2) has a town that likes to think of itself as the world capital of happening really fallen for capitalist spin? 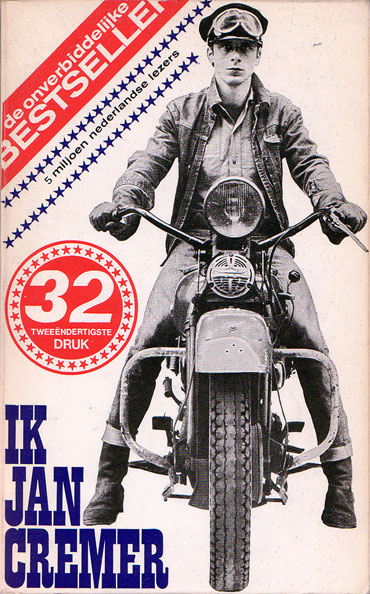 The answer to 1) lies in Barcelona’s role since the 60s as the bit of Spain that is easy to get to (German bikers are being driven here in coaches with coffee machines and are going to learn how to make paella) and not particularly hard to cope with once you get here (see: businessman, secretary). That’s why Jan Cremer Jnr (Senior here) made the journey (Jayne Mansfield: “I Jan Cremer is a wild and sexy masterpiece and He is my Pop Hero”) and that’s why Picasso couldn’t get away fast enough.

The answer to 2) is: yes. Both La Vanguardia and El Periódico are plugging the municipal-pride line, but fortunately The Plain People of Barcelona are also speaking up. Ramon writes:

I would like to know the criteria for evaluating the maximum noise permitted on the road without damaging people. … [A] Harley makes much more noise than a number of scooters, some of which should also be taken off the road. Why is this motorbike scandal permitted?

Let me explain, Ramon. Even if you manage to discover which one of Barcelona’s five different police services will take your call (when some French nutter shot at us up the coast, we tried the European alarm number and were connected to a rural police station in Aragón), you will discover that their role has less to do with law enforcement than with cultural analysis. During the night of Sant Joan last Monday, the guy opposite was standing on his balcony swigging out of a whisky bottle with one hand and dropping enormous firework cocktails on passing motorists with the other. Quoth a representative of the town police, la Guàrdia Urbana: “Barcelona’s like that.” Click.

The man opposite is now amusing himself by dropping eggs on people who disturb his afternoon nap. Two Harleys hit so far.