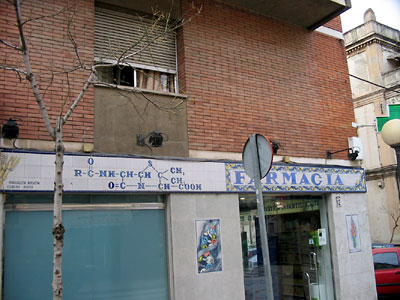 I thought that someone out there might know which particular potion this chemist in Martorell is advertising.