The Language Platform says that we should boycott cava made by Freixenet, Castillo de Perelada, Castellblanch, Conde de Caralt, Marqués de Monistrol, Ramon Roqueta and Pinord. Why? Because it’s crap? No, because the label’s in Spanish. Basically this is bollocks with bells on. What drinks company is going to care about a boycott by people who drink so little that they can remember what language the labels were in? 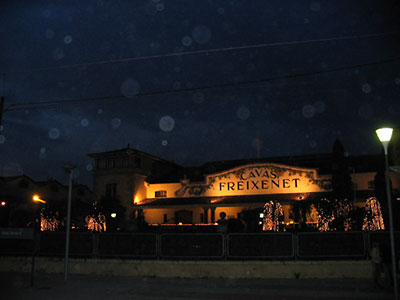 Via Andreu on Raïms. The photograph is from the end of the walk from Gelida to Sant Sadurní.