La Granada is a village of about 1,400 people. It’s best known for its satellite dish park, but there’s also a local TV station which, from Central Studios, apparently reaches 5,000 viewers with several hours a day of homegrown material (including Sunday mass live) and a satellite feed: 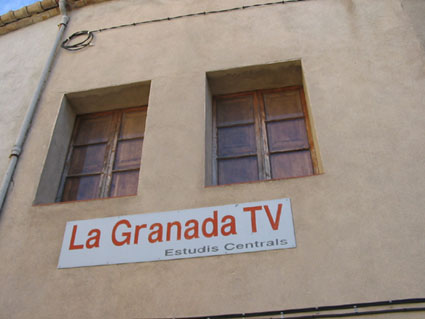 There’s a rather nice walk that passes through this village.