Everyone‘s getting excited about the following advert for El País, Spain’s principal socialist-atavist newspaper, sourced here, which says something along the lines of “A day is enough for a lot. Imagine what can happen in three months”: 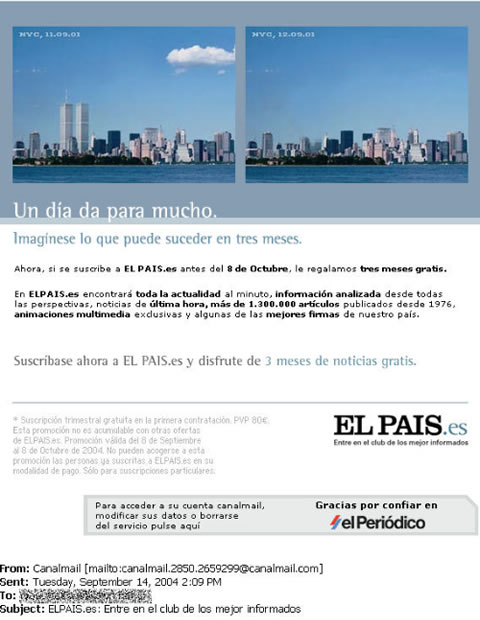 Revolting, but excellent advertising: it makes clear to those who were secretly rather pleased by 9-11 that El País shares their viewpoint, while those of us who wouldn’t buy the paper anyway will at least blog it. Give them a prize named after … what was that German bloke called?