When I went back to live in Ingerland a few years ago, it took a month before I felt I knew what was going on in meetings where people used new expressions like “the dog’s bollocks” and “a load of arse”. This time I’m preparing my trip and today I discovered that England spin bowler Ashley Giles is aka the King of Spain. This is due to a misprint on mugs produced by his county team, which later produced more mugs with a portrait of HM Juan Carlos. I don’t think the Spanish king has ever been near a game in his life, and Spanish writers like Alfredo Opisso used regularly to confuse cricket with croquet: 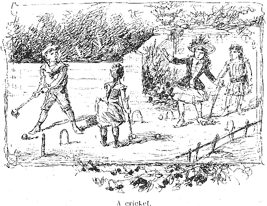