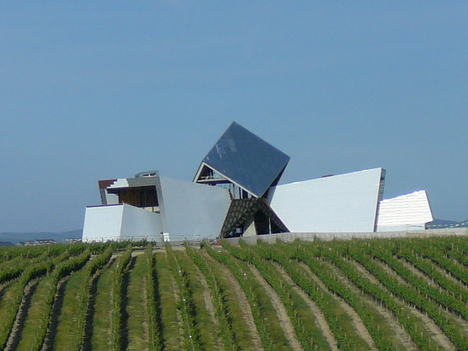 Spanish wine producers have caught the marketing bug, which usually goes hand in hand with pouring loads of oak chips into the barrel to make you so ill that you don’t notice that the product is basically mediocre. This particular new bodega investment is wasted on me since I can’t remember whose it is, although I’m pretty sure I’ve never drunk any of their stuff. Situated on the north side of the road somewhere between Barbastro and Lérida, along with the Almacelles grain store it’s one of the highlights of the bus trip to Barcelona. You can just about see the missile silos on the left.