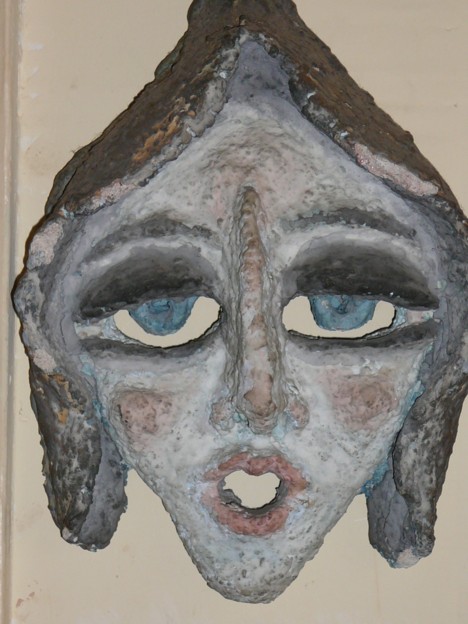 … is probably not what whatsername was thinking of when she did this decorative ceramic chez LP@Barcelona. (Frau Antje was the stereotype Dutch girl used by the Dutch Dairy Organisation/Nederlandse Zuivel Organisatie to sell its products into Germany from the 60s to the 80s, and now once more. The parody by Sebastian Krüger in Der Spiegel, reflecting Holland’s new exports, is notorious.)