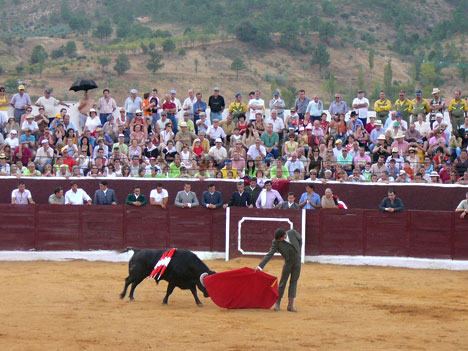 Village bullfighting is far more exciting and beautiful than the formalised crap on offer in big rings like Barcelona’s Monumental, but if the photo above gives some idea of the upside, the downside involves stuff like dwarf bullfighters cutting fillets off animals as they race past because they’re too short to plunge the sword in from above. In the next fight, the bull’s like this:

… and your man is meant to finish it off by stabbing it neatly with a dagger at the point where head meets neck (dar la puntilla). Instead he finds himself conducting a session of open-air brain surgery:

A guy I walked to school with used to work weekends in his dad’s slaughterhouse, beating cows to death with a sledgehammer to save money. If you’re vegetarian I’ll listen to your arguments about banning bullfighting. Whatever happens, it would be a great pity to lose classic redneck horsemanship like this (none of the half-dead nags seen by Prosper Mérimée during his time here):

… the drunks and the bands: 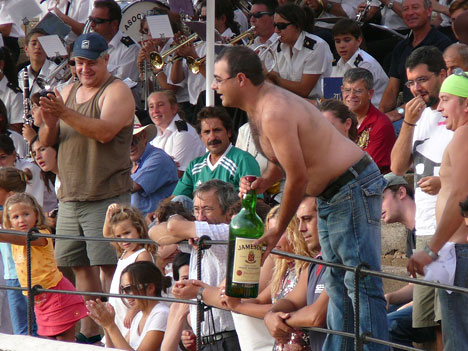 … the sight of mayors, wreathed god-like by the setting sun and accompanied by local, ahem, entrepreneurs and women with ample chests, disposing over life and death and the floppy bits: 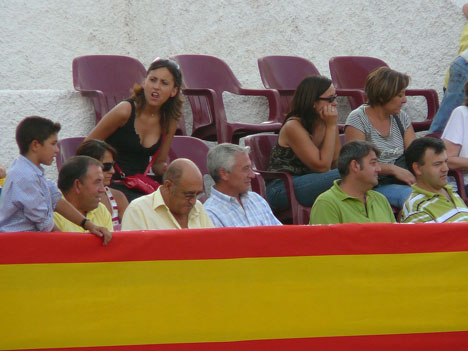 … and for those who care about such things, the sight of men and occasionally women cavorting around in tight pants: 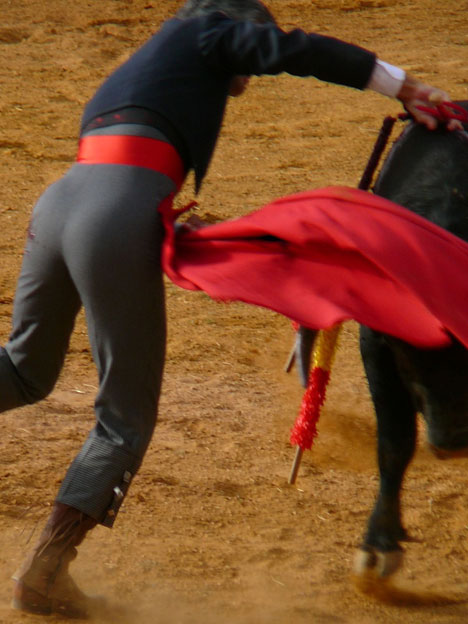