Opposite the district offices in the Gardens of the Prince of Gerona on Lepanto. Far better than the real thing, which is only fun to visit if you pretend to be a stone mason. 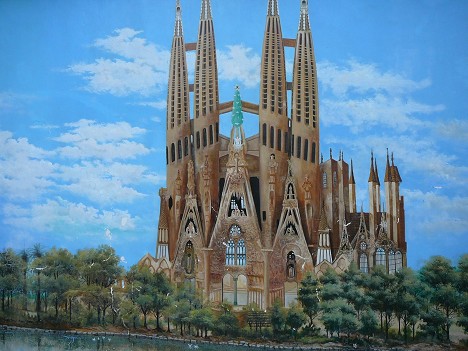