This old bar in Badalona appears to be named after someone who doesn’t have a second surname or a business partner (there’s no room for a second word, so it can’t have been painted out) but who uses the conjunction anyway. I don’t see what’s wrong with being a brazen lover of conjunctions. They are more useful than seals, for example. 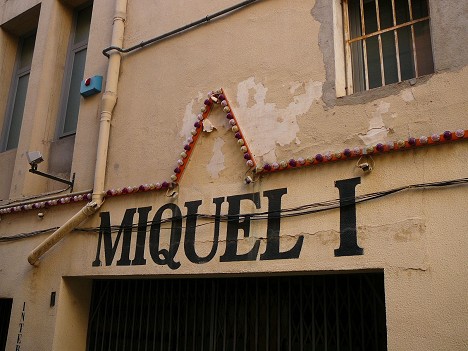