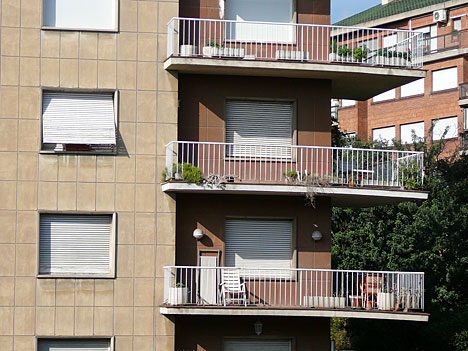 I’m pretty sure the balconies of the building opposite have aluminosis, a structural weakness arising from the irresponsible use of aluminous cement in situations exposed to high temperatures and low humidity (see eg the trials of Mr Harvey). The Barcelona area has suffered particularly from building collapses caused by this. I have tried to be neighbourly, waving my fists and screaming in my best Dr Fu Manchu voice, “You will all die!” But this all seems to have been misinterpreted. TBC