The other day I did a libertarian Raval tour with a particularly dangerous Californian sociologist, and we got onto Orwell’s apparent incapacity to see the most recent civil war as anything but a class conflict betrayed. This despite ethnic-based stuff like the vicious mini-civil war between Catalan fascists associated with Estat Català and self-described communist libertarians, many of whom came from other parts of Spain (headline events: Catalanist strike-breaking and the murder of the Badia brothers by the FAI; favourite ludicrosity: the banning of Catalan in Sans by the Independent Republic of Murcia–Pujol still moans about the Murcians every now and then).

Evidence of ancient ethnic diversity is everywhere to be found in the Raval, the district most frequented by Orwell, from the official associations to conversations to be had with elderly men and women in some of the less-frequented bars.

However, today I just wanted to post a couple of images of Egyptian-style sun goddesses. These provide a striking contrast to the chaste virgin of Montserrat popular with the spiritualist-folklorist tendency in Catalan nationalism, and form an important, if under-publicised, part of the way in which many people here think about themselves.

First, the label from a five litre bottle of my favourite olive oil, from Montanchuelos down south in the province of Ciudad Real. If you go back to your (parents’) village in the summer, this is the kind of thing you bring back with you: 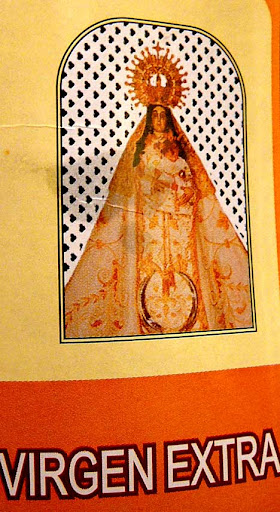 Second, the magnificent Carreras Gil de Santivañes family altar, donated to the Santa Anna church in the centre in 2000. I don’t know where the family is from, but Girona it ain’t: 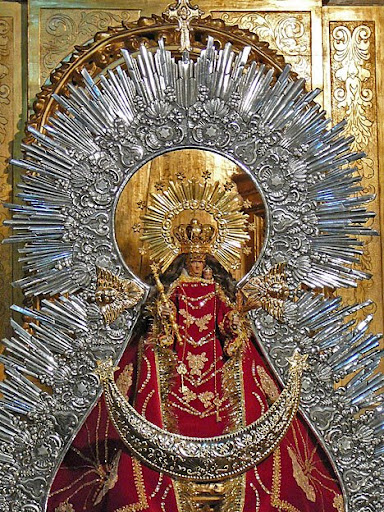 Third, a Raval gypsy bride looking back as she gets into the stretch last Thursday: 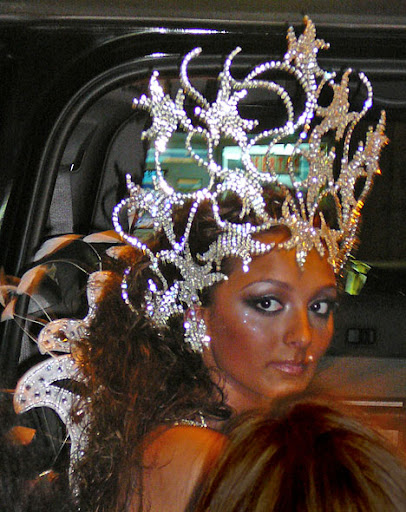 Unlike the Moorish Queen of Iznatoraf, I was able to help this one with her red-eye. 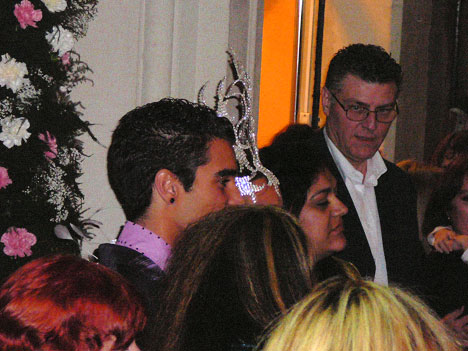 I’m sure I’ve seen the guy on the right at a couple of Irish weddings: