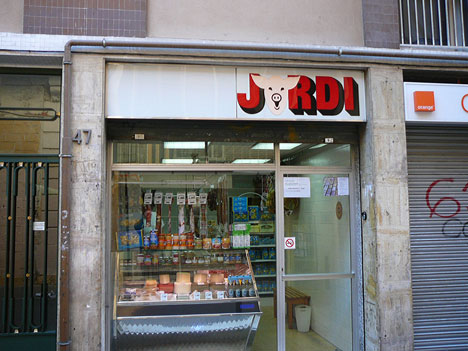 The window display is so abundant that it’s difficult to see inside, so it might have been the butcher himself singing this morning in the shop at Asturias 47, Gracia, Barcelona.