The Spanish DVD is poorly produced but this error was probably planned: 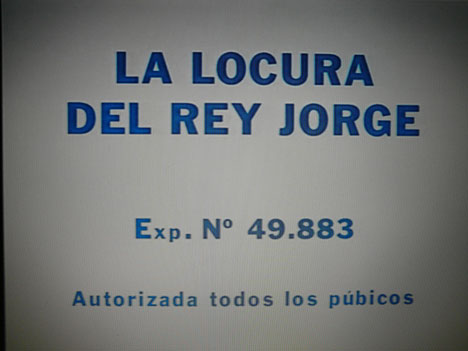 George finds sanity through lunacy, monarchy through dethronement. The film is as fine in its own way as the original play was, and Nigel Hawthorne is divine. Handel was George I and II, not III, but period films normally inflict far greater musical torments.