The May monsoon endowed plants with a Made-In-China verisimilitude: 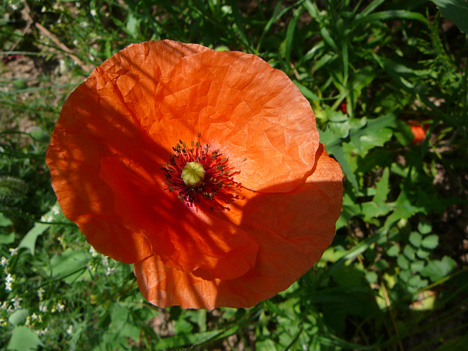 Knee-scratching thistles are now several metres high, and Karik and Valya could have told you all about the monstrous dragonflies:

In the spot where just a moment or two ago there had lain a tiny dragonfly, there now moved a thick, long, log-like, jointed body with a huge hook at the end of it. The brown body, covered with turquoise blue splashes, was contracting in spasms. The joints moved, sometimes sliding over each other, sometimes turning sideways. Four huge transparent wings, covered with a dense web of glittering threads, trembled in the air. A monstrous head hammered upon the window-sill.