Up at what was originally a Civil War AA battery on Torre de la Rovira: 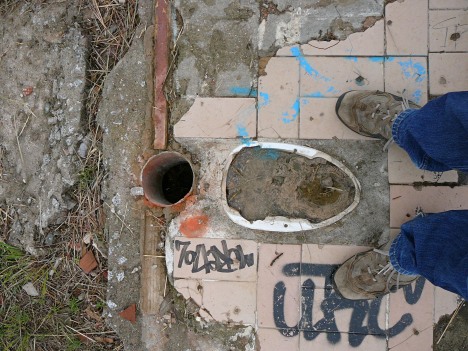 In the early 1940s the installations were adopted and adapted by immigrant squatters who built 110 shanty dwellings, known as Los Cañones, on the steep slopes and in the old quarries around them. I believe these homes were demolished around 1990, but some of the plumbing remained. There’s a photo of early construction here.

Original settlement was sparser but well-established. There are pre-Roman remains, and the great iron mine of Can Xirot is presumably the source of the legendary Virgin who had a golden stream emit from the magical spring in order to advertise her presence. I suppose you could see that as a plumbing issue.

One of the longer roads leading up to the peak is an ironic reminder of the importance of unity in wartime: the name Mühlberg (Mill Hill), adopted by the victors in 1942, commemorates the victory of a bed-bound Charles V and the Holy Roman Empire over a chaotic alliance of Protestant heretics, the Schmalkaldic League. The Republic’s AA guns were likewise ineffectual.