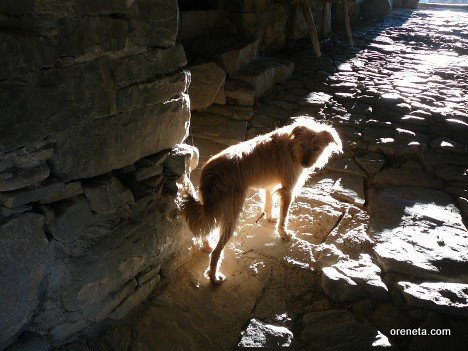 The sun dog is seen above reborn, having previously mysteriously died at the end of the solar year: 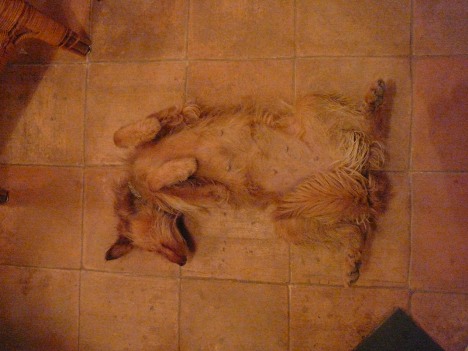 While its soul wanders the underworld, its old and weary body is barbecued and consumed in dark hovels by fearful peasants: 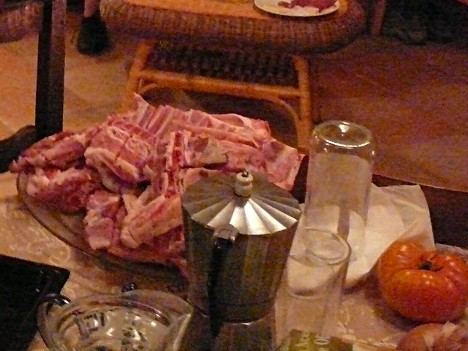 I’ve forgotten who it was who believed the Old Testament was originally written in English, or some predecessor thereof, and who might have been prepared to accept that God should have read dog. I used to know someone who believed that Ancient Greek and Latin came from Low Saxon, and he would have probably held some kind of view.