Visit the site with caution for the next few days until I get round to sorting out all the crap.

I promised ages ago I’d do something about all these sites and then did nothing. I’ve taken advantage of the recession to do a bit of monkeying around last night and today, so this bit–the Bald Executioner–will probably look crap for the next week or so until I get round to sorting out the mechanics and the look and what to do with that nice map now stuck out amongst the tags (generate a geo layer on top?). New stuff it does (in theory): hierarchical breadcrumbs (or whatever they’re called) provided via menu highlights, automatic selection of short posts to go in sidebar, automatic generation of front page ‘bove fold layout using Picasa to produce thumbnails etc, introduction of fixed group of regular linked-to items and selection of others (front page below fold), tags, er, um.

Here’s a couple of shots of what it used to be like: 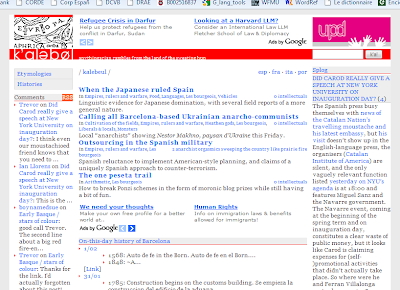 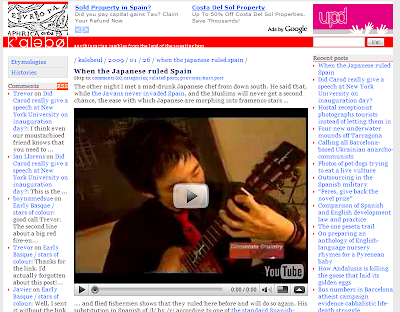 Formative evaluation and other forms of airborne buns most welcome, as always.