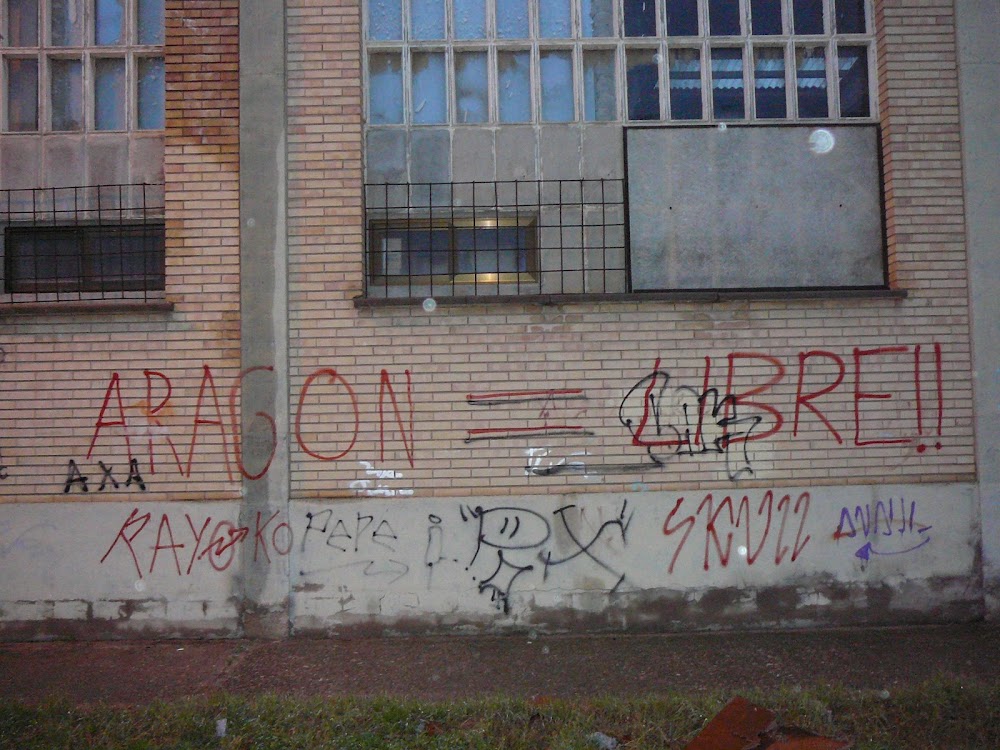 Huesca, capital of the eponymous province, has a Disillusion Street, Calle del Desengaño, but this was over on the singularly charmless and derelict Martínez de Velasco industrial estate. Aragonese nationalism exists, but this graffiti uses standard spelling and is not to be taken seriously.