They’re not necessarily for pedestrians. 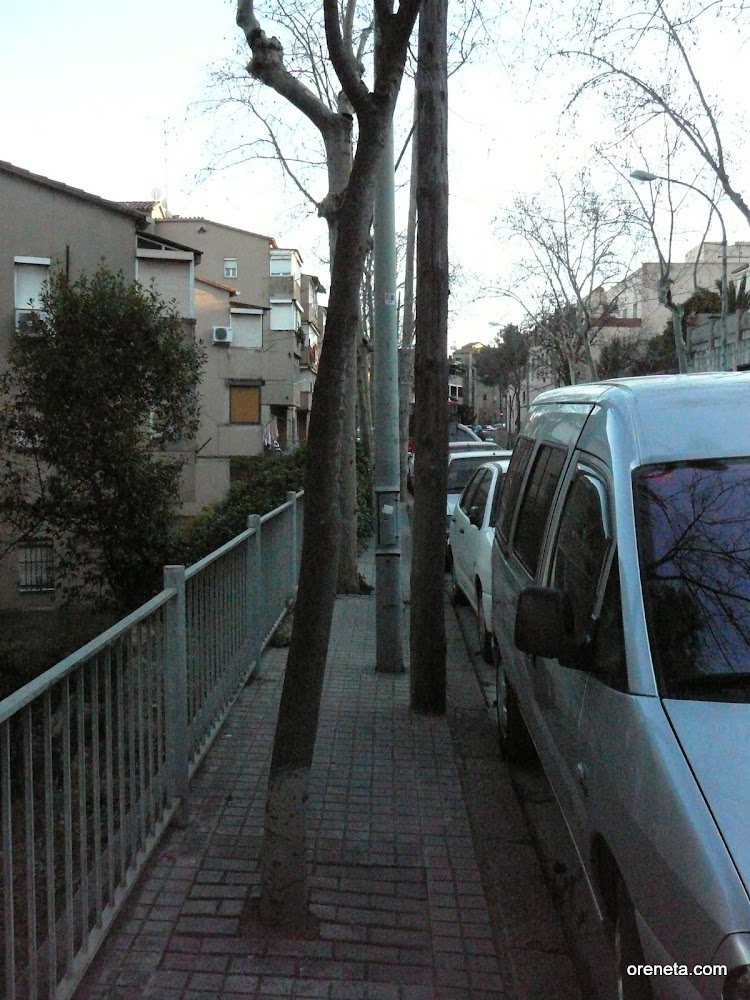 In Barcelona, great strides have been strode to make public offices accessible to wheelchair- and pram-drivers. Unfortunately, considerable numbers of them are unlikely to get that far: in our less photogenic neighbourhoods a consensus seems to have emerged among planners that anyone wishing to leave their house without a car or bicycle will need either to acquire Houdini-like abilities to duck and slither past posts and poles and pavement-parkers, or to court death jaywalking.

Until Barcelona council ran out of construction cash and started giving traffic cops extra holidays for extra fines, the traditional response to pavement parking was to build bollards along kerbs. As far as many walkers were concerned, the solution had exactly the same impact as the problem, but it was also a tacit acknowledgement of cultural difference: where in Holland the blurring of the division between pavement and road in residential areas has pedestrianised and calmed streets, in Spain attempts to implement the same policy seem merely to have been taken by drivers as a licence to drive like arseholes on pavements too. This can all seem quite puzzling to outsiders, and Dale Jenkins from Cardiff goes so far as to wonder whether Barcelona’s pedestrian crossings are in fact a secret population control measure.