A Sicilian says it ain’t. 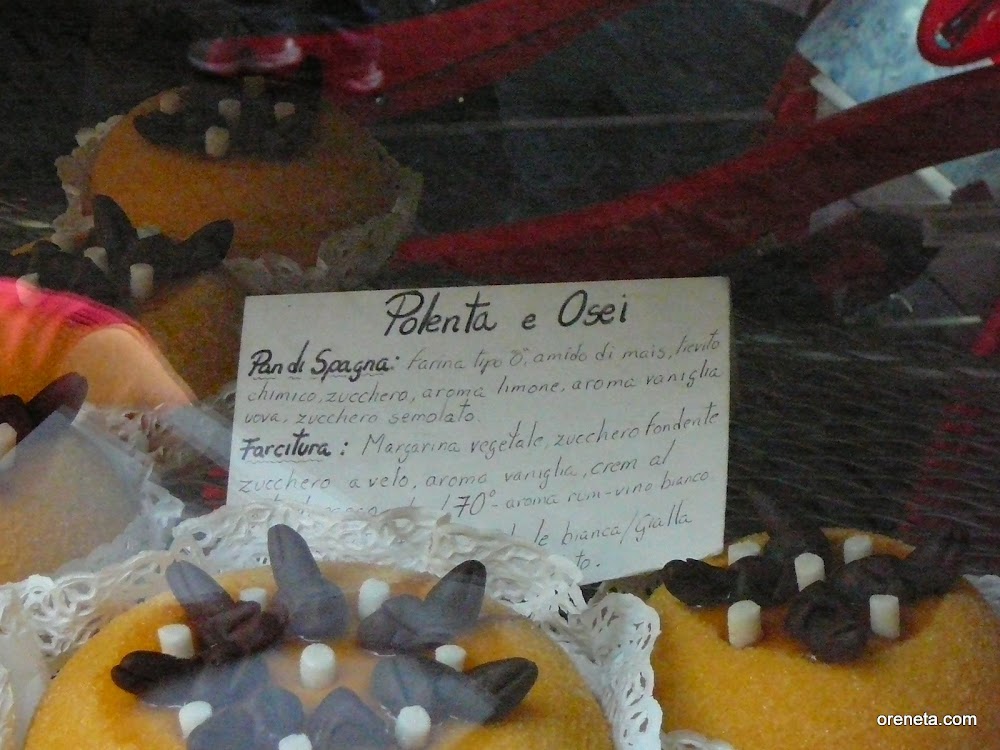 Sponge cake is elsewhere known as pan di Spagna, pain d’Espagne, ã‚«ã‚¹ãƒ†ãƒ© (thanks to the Portuguese) and so on. If even the Japanese think it’s Spanish bread then the simplest course of action would be to go with the crowd, but Vincent Schiavelli in the excellent Bruculinu, America: Remembrances of Sicilian-American Brooklyn, while he doesn’t agree with the French who call it Genoise, is convinced that it is Italian:

Sponge cake was originally named in Sicilian pan ‘i sponza. Sponza is the Sicilian word for sponge. The Italian “continentals,” missing the point entirely, thought they were hearing Spagna, Italian for Spain. Because Sicily was under Spanish rule for 400 years, there was some sense to this misnomer.

The Como bun shop pictured makes it with “Farina tipo O, amido di mais, lievito chimico, zucchero, aroma limone, aroma vaniglia, uova, zucchero semolato”, which is to say cake flour, corn starch, baking powder, sugar, lemon flavour, vanilla flavour, eggs, and granulated sugar. It’s better than any Spanish bizcochos I’ve had, but then Spanish desserts are generally not particularly exciting affairs, even when they are of a decent size, which is increasingly rare.