If not, why is it so difficult to buy advance tickets from them? 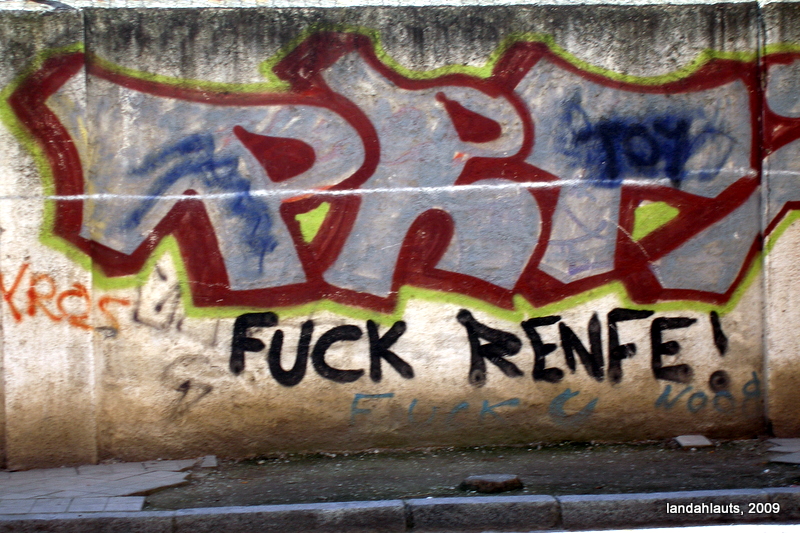 Xmas in La Rioja: sorry, says Renfe, trains are only bookable up to December 18. So, Iberia to Pamplona. Marginally more expensive, but you’ll get there.

Paris in early February: sorry, says SNCF as nobbled by Renfe, trains are only bookable 3 months in advance. (We’re already past the 3 months barrier, but why would nursery school maths be a necessary qualification for a timetable scheduler? Or does someone manually update the site every few days?!) So, Ryanair to Beauvais. Far cheaper, quicker and the Irish economy’s only hope.

Strange: 21st Century Crisis doesn’t seem to have shaken the determination of our beloved leaders to turn a crap and costly national train monopoly into a myriad of crapper and costlier regional ones.