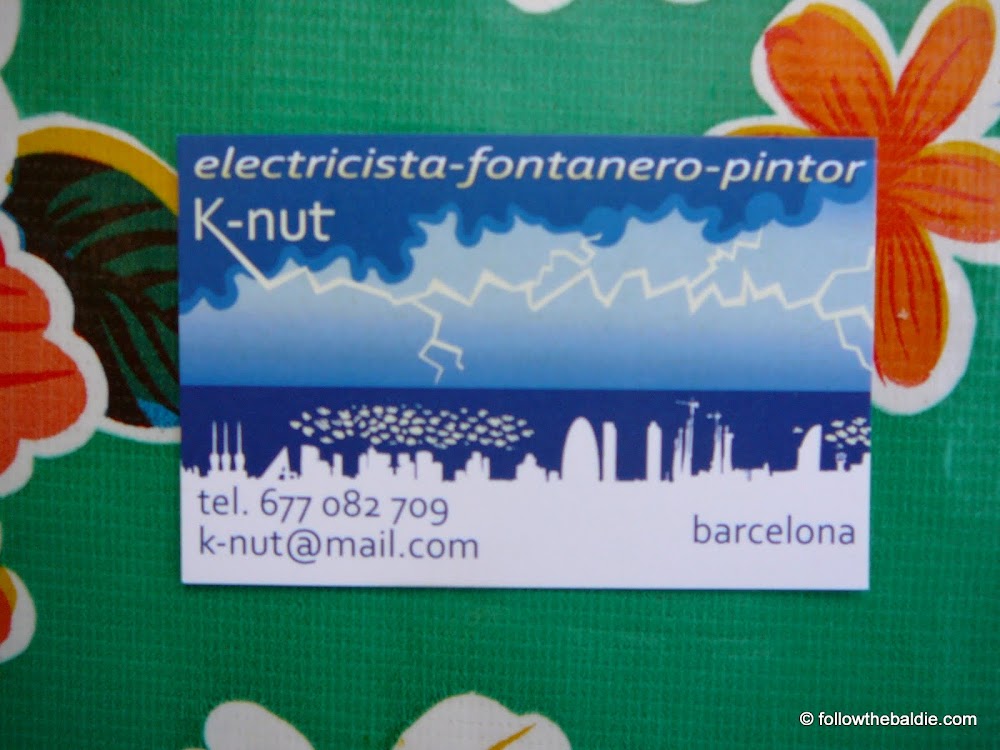 Our man–who is highly recommended–clearly and understandably longs to be a Thor rather than a water-bound Viking king of England. Here’s John Wolcot aka Peter Pindar’s version of the famous incident involving the latter, as published with declamatory notes in RT Linnington’s The rhetorical speaker and poetical class book (1833):

KING CANUTE AND HIS NOBLES.

Canute was by his nobles taught to fancy,
That by a kind of royal necromancy,
He had the power Old Ocean to control:
(a) Down rush’d the Royal Dane upon the strand,
And issued like a Soloman command–
(b) Poor soul!

(c) ” Go back, ye waves, you blust’ring rogues!” quoth he, “Touch not your Lord and Master, Sea;
For by my powerful vengeance, if you do,”
Then staring vengeance, out he held a stick,
Vowing to drive Old Ocean to old Nick,
Should he e’en wet the latchet of his shoe.

(d) Old Sea retired the monarch fierce rush’d on,
And look’d as if he’d drive him from the land;
But Sea, not caring to be put upon,
Made for a moment a bold stand:
Not only make a stand did Mister Ocean,
But to his honest waves he made a motion,
And bade them give the King a hearty trimming:
The order seem’d a deal the waves to tickle,
For soon they put his Majesty in pickle,
And set his Royalties–like geese–a swimming.

All hands aloft! with one tremendous roar,
Soon did they make him wish himself on shore:
(e) His head and ears most handsomely they doused;
Just like a porpus, with one general shout,
The waves so tumbled the poor King about
No mackarel e’er was half so soused.
At length to land he crawl’d, a half drown’d thing,
Indeed more like a crab than like a King,
And found his courtiers making (f) rueful faces
But what said Canute to the lords and gentry,
Who hail’d him from the water, on his entry,
All trembling for their lives—or places?

(g) ” My Lords and Gentlemen, by your advice,
I’ve had with Mr. Sea a pretty tustle,
My treatment from my foe, not over nice,
Just made a jest for ev’ry shrimp and muscle.
A pretty trick for one of my dominion !–
My Lords, I thank you for your great opinion,
You’ll tell me, perhaps, I’ve only lost one game,
And bid me try another–for the rubber,–
Permit me to inform you all with shame,
That you’re a set of KNAVES, and I’m a LUBBER.”

(a) The Speaker should here take a hurried step forward.
(b) “Poor Soul,” requires a sneer of Contempt.
(c) Canute’s address should be spoken in an authoritative tone, and with much pomposity of manner.
(d) The Speaker may here draw back a step, rushing forwards immediately after, assuming much mock Dignity.
(e) The King’s disastrous reception by the Ocean should be described in a broad, farcical manner.
(f) This should be spoken with much mock Gravity.
(g) This ludicrous address will require a strong colouring of mock Majesty. 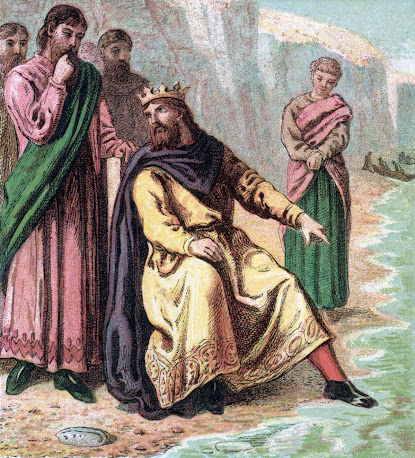 Canute and His Courtiers, CC from Wikimedia