If in doubt, lead off with an exploding boiler. 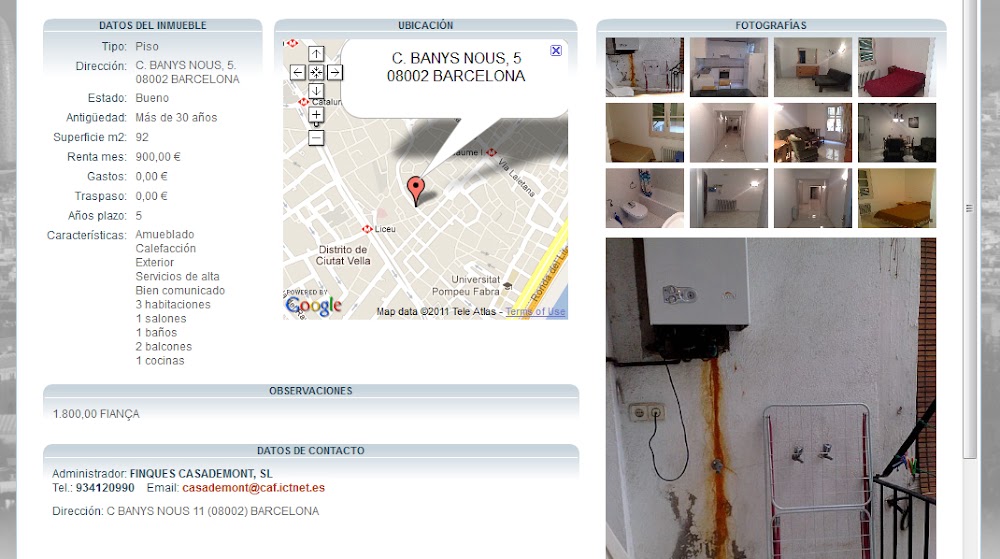 One of the principal rental market channels is the association of building administrators, the Col·legi d’Administradors, some of whom show little interest in this aspect of their trade. You’ll often see ads where the initial, welcoming photo is a toilet or cupboard, but this opening shot (enlarge it) from Finques Casademont of a boiler giving off so much rust that for all I know it may be about to explode could take some beating. Especially at ca 10€/m2. (Thanks LL.)