It always seemed wrong that the custard was yolk-hued, so a bottle of cochineal was acquired for Halloween. 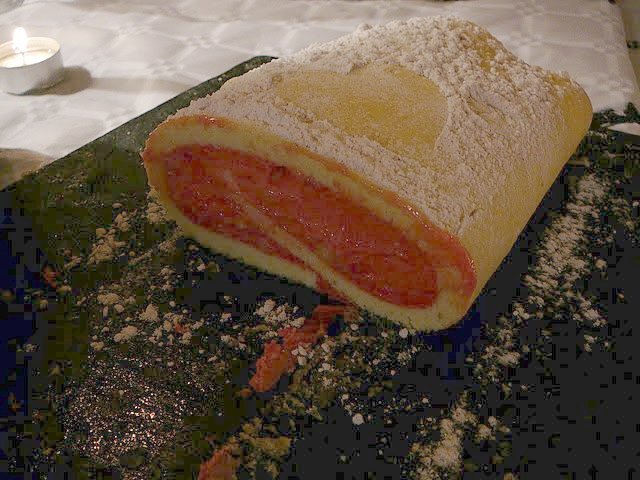 I have heard various theories as to the origin of the name. One has it that is the severed arm of an Egyptian robbing through the pantry window. Another that the gypsies covered their arms to avoid becoming brown and wrinkly like the Iberians, rather as they are said to have always worn gloves in harvests in order to preserve their exquisite hands.

Brazo de gitano is by weight one of the cheapest of pastries, and one wonders whether factory editions contain the 3 eggs and 8 yolks recommended in Penelope Casas’ Spanish cookbook. Her recipe works perfectly, although on the lightning journey of the mixture from slop to biscuit our somewhat eccentric oven produced a rollable after only 6 minutes, rather than the suggested 10. If anyone else has made one by hand, perhaps they can explain extreme rolling – this simple profile was hard enough.

For anyone still in a state of innocence, The foods and wines of Spain is a superb compendium of the best of regional bar and restaurant cuisine from the 60s and 70s, before Spanish cooks fell in love with chemicals and the Chinese peasants who rented their bars gave up and bought a microwave. It is much better than for example Simone Ortega, which contains far too many recipes, poorly explained.

I used to eat out a lot, but as restaurants have declined and my cooking has improved I find I’m spending more and more time cloistered with Ms Casas. There’s probably still time for you to order a copy for Christmas at no extra cost via the link on the right. 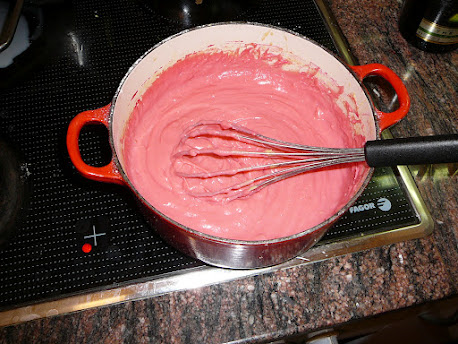