From Don Colin and the Xunta de Galicia, some gruesome translation with the splendid tagline “Flavour Routes, chack them out!”: 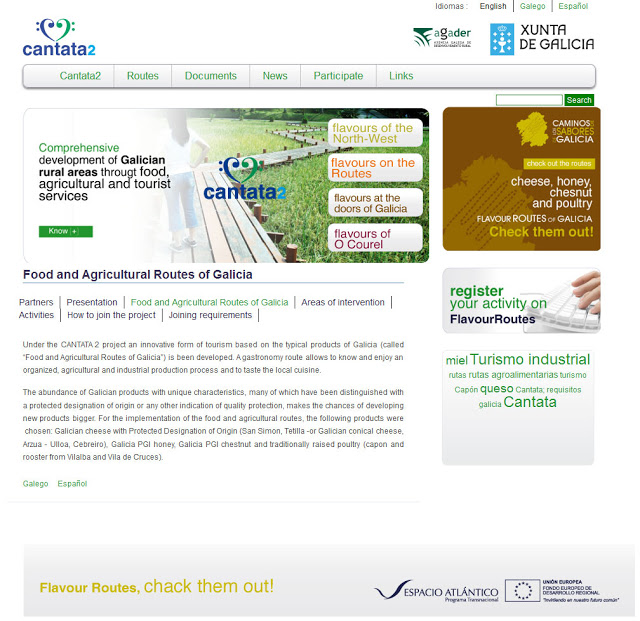 “Check them out” would be far too unenterprising for a region whose private-sector, while Catalonia was spending €150M of public money trying to turn Barcelona Airport into a global hub, quietly forged a privileged relationship with Colombian farmers. So “chack” it must be, but in which sense of the verb? Here’s the OED ($ or British public library card ID):

1. Chiefly Sc. To snap with the teeth; to squeeze or crush with a snap of the jaws or by the sudden shutting of a window, door, drawer, or the like; also to make a noise like that of snapping teeth, to clack, clatter, click. Also gen., of the cry of a bird.

Opinion here is that the smart money is not on the horse but on 1. What I think the would-be Celts are trying to convey is that chattering of teeth which, in anticipatory delight and in some cases poisoned retrospect, accompanies the thought of small organisms scraped off rocks, garden birds and lame rabbits. Here’s one video they might want to consider for the TV/online campaign:

There are rather less human than cat recordings on YouTube, but I found and liked Spookie Boogie. Chack it out: