Plus, how to acquire a country house for next to nothing. 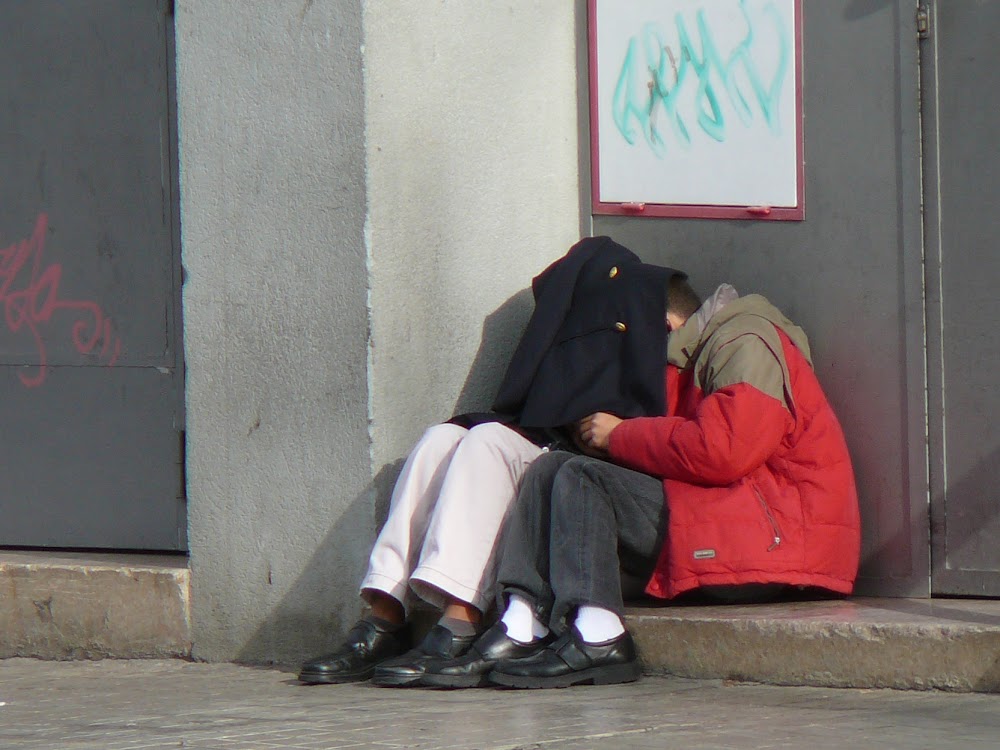 Huge numbers are now sleeping rough or in rapidly improvised shanty-hamlets, mainly the young and of every linguistic persuasion except, it has to be said, Catalan. This couple intrigued me in particular, because I’d say that they’re Chinese. Chinese businesses have been going to the wall in Barcelona for several years now, but until this and the occasional Chinese beggar I’d thought that the remaining slave workshops and dormitories would preclude the street. (This pair may have actually struck lucky – they’re a few doors down from an incest of Pentecostalists, generous in their madness.)

There’s a quite considerable degree of irony in some of the homelessness. Council officials over the decades have taken brown envelopes from property developers in return for evicting families from quasi-public or -legal houses (with gardens and space for chickens and sometimes a family pig) to rehouse them in sub-IKEA rabbit hutches, with or without absurd mortgages. In many cases the price of progress has become too great, but safer ground is often now built up, and so the more enterprising (including a quite high proportion of Moroccan families) have taken to renting or more frequently simply squatting and fencing off floodplain allotments and sheds, deserted as a generation of working class horticulturalists dies off. The risks are non-negligible, but you’ll almost certainly be able to purchase a getaway mare (ponies for the kids) from the neighbours if you possess the Noahite gift of anticipating apocalyptic torrents: 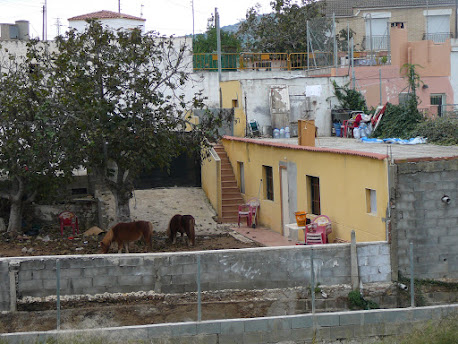 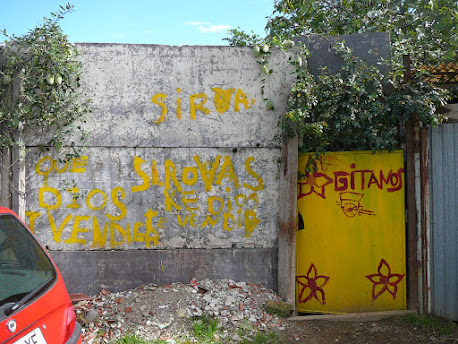 And then there are the Romanian gypsies: 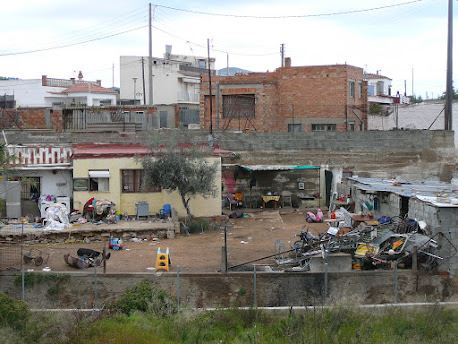