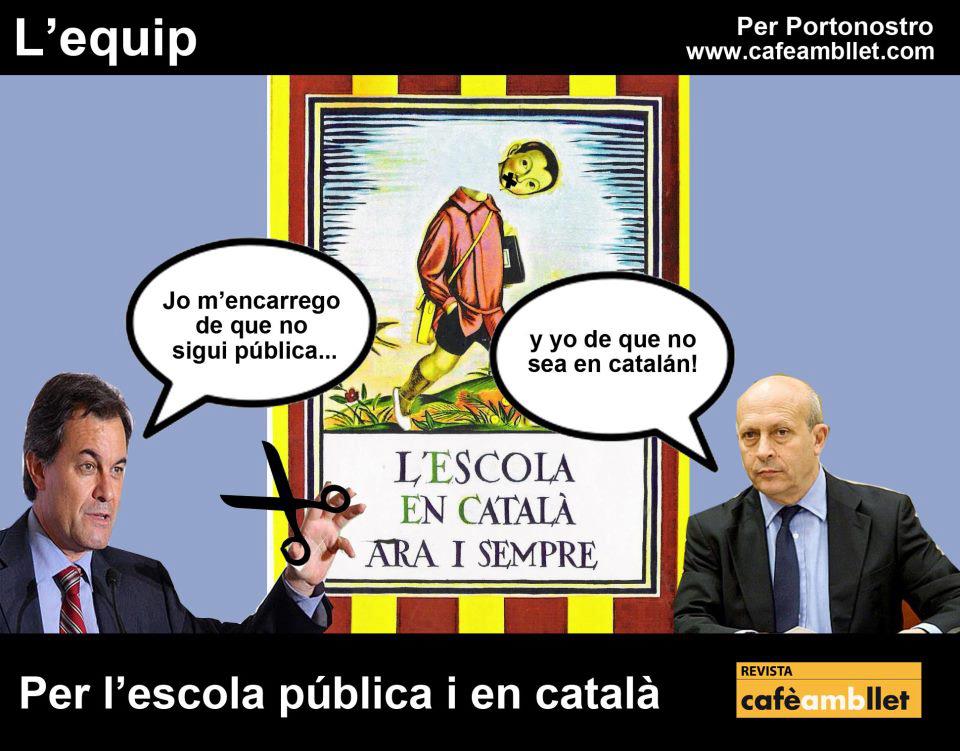 I transcribe this cartoon (whose conservative objects are to continue to deny the right to benefit from Spanish-language public services, and to maintain a disastrous system of education):

The Dutch version of this dual conspiracy theory I know from old left-wing jokes, for example this, from the (ex-)textile mills of Enschede and neighbouring Gronau:

A new priest has been appointed to a factory district, and immediately sets about educating his parishioners with a view to improving their lot and generally creating some kind of mini-North Korea on earth. This worries the local foe of virtue and factor of all evils, who gets the cleric round for Sunday lunch and says, “Look, we’ve got a perfectly functional system here, and it works like this: I keep them poor, and you keep them stupid.”

Does this two-horned monster exist in other languages? Is Carlos Portonostro its Spanish introducer?

[
Like the cartoon, much of the content of Cafè amb llet is what I would regard as more-or-less fascist – hyper-nationalist and -nationalising – but I support it simply because of its assaults on the particular branch of the Catalan oligarchy which, wrapping itself in the flag, has plundered the region for the past few decades. The pre-modern nature of some areas of Spanish law led to it recently being fined €10K for publishing details of corruption and embezzlement, despite a clear public interest defence, because these damaged the honour of one of those involved.
]