Why does the great city of Bonn not trumpet Quintus Petilius Secundus’ monstrous monkey ears? 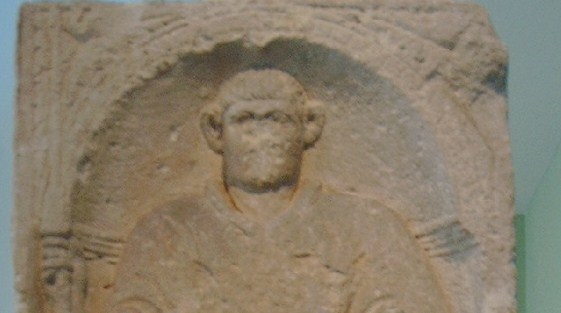 The tomb of Quintus Petilius Secundus in the Rheinischen Landesmuseum, Bonn. Image: Wikimedia.

His belt holds weaponry, but he doesn’t appear to be wearing a helmet, so I don’t think this is patent Roman legionary ear protection against swords, nippy German mornings, or Celtic music. Yet “Quintus Petilius Secundus” “Ohren” brings no joy. Has the House of Windsor got Italian roots? Was he used by imperial forces as an early warning system, a walking, talking ancestor of the Denge sound mirrors? Not to put it too crudely, how did he die and did this trait survive, e.g. in Ludwig van Beethoven? Shame on you, Northrhinewestphalians!

Another photo’s rights clearly belong to the macaque, not David Slater. But since Mr Monkey has not issued a CC licence to cover those rights, and is incapable of doing so, Wikipedia and everyone else should be paying an appropriate fee to a human foundation acting in loco parentis.