But all its pipes are the same length, so it only plays one note. Plus totalitarian musical dogs and terror management studies. 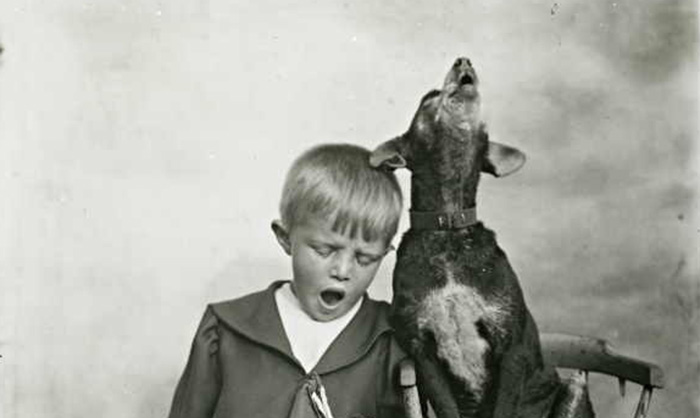 I think from his paintings and writings it’s safe to say that Yefim Ladyzhensky was into street organs:

Performances requiring an entrance fee are almost beyond my means. But street shows – these are our abode. “Katarinka” (this was the popular nickname for a street-organ) was a frequent visitor at our yard, where the respectable front of our three-story building alleged well-being and therefore the ability of our tenants to spare a donation…

Another form of Little Catherine is also the nickname given to another type of organ – Stalin’s – though the camel-tached Georgian instrument builder’s Katyusha was less a barrow organ or street organ than a juggernorgan in the Krishnan sense:

The rockets all make the same sound (looped here) because the instrument was designed to accompany the equally monotonous bala-Laika, an orbiting dog piano modelled on the Katzenklavier – here’s Henry Dagg’s:

Were the rockets longitudinally heterogeneous, they could have been used for non-sustainable change-ringing:

…or to play the Stalinist fakesong, “Katyusha”, after which the BM-8, BM-13, and BM-31 “Katyusha” rocket launchers were named:

Apple and pear trees were a-blooming,
Mist creeping on the river.
Katyusha set out on the banks,
On the steep and lofty bank.

If you, dear reader, sample the rocket (one, two other potential WAV/MP3/OGG sources) and record your own version, I’ll post it here.

That ↑ is a nice arrangement (¿who has all the best tunes?), but Bindi singing along with the Wehrmacht’s “Schwarzbraun ist die Haselnuss” is the best totalitarian-dogs-of-war track I know (empathic translation):

Dark brown is the hazelnut,
dark brown am I too, am I too.
Dark brown must my girlfriend be,
the one with the waggly tail.

Cressida Connolly says that in The Worm at the Core: On the Role of Death in Life, Sheldon Solomon, Jeff Greenberg and Tom Pyszczynski say that we go to war to escape death, not patriotic kitsch.