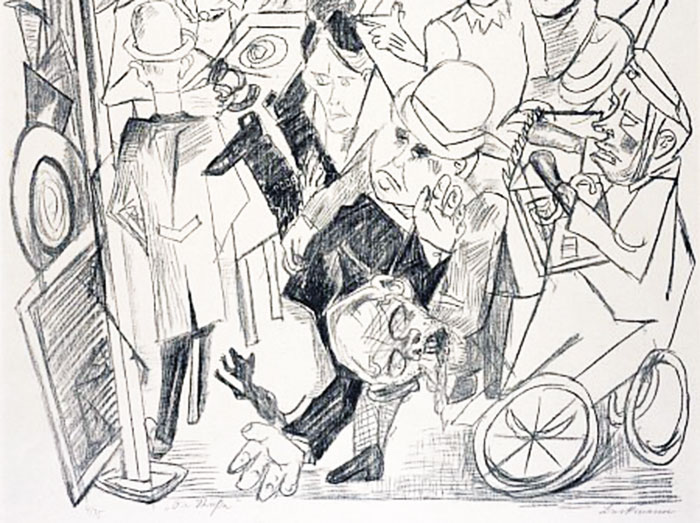 Some find its sound too soft, others too loud, but for the immense majority it is exactly right for the purpose at hand. My life (1930):

Next day five or six of us were sitting in an inn. The deafening music of the automatic organ screened our conversation from the rest. Mukhin, a thin man with a pointed beard and a sort of shrewd, apprehensive look, watched me through a half-closed left eye, amiably scanning my still beardless face. In detail, with well-calculated pauses, he explained: “The Gospels for me, in this business, are just a peg. I begin with religion, and then switch off to life. The other day I explained the whole truth to the Stundists with navy-beans.”

“What do you mean, navy-beans?”

“It’s very simple. I put a bean on the table and say, ’This is the Czar.’ Around it, I place more beans. ’These are ministers, bishops, generals, and over there the gentry and merchants. And in this other heap, the plain people.’ Now, I ask, ’Where is the Czar?’ They point to the centre. ’Where are the ministers?’ They point to those around. Just as I have told them, they answer. Now, wait,” and at this point Mukhin completely closed his left eye and paused. “Then I scramble all the beans together,” he went on. “I say, ’Now tell me where is the Czar? the ministers?’ And they answer me, ‘Who can tell? You can’t spot them now.’ … ‘Just what I say. You can’t spot them now.’ And so I say, ‘All beans should be scrambled.’

I was so thrilled at this story that I was all in a sweat. This was the real thing, whereas we had only been guessing and waiting and subtilizing. The music of the automatic organ was the “conspiratia”; Mukhin’s navy-beans, destroying the mechanics of the class system, were the revolutionary propaganda.

“Only how to scramble them, damn them, that’s the problem,” Mukhin said, in a different tone, and looked sternly at me with both eyes. “That’s not navy-beans, is it?” And this time he waited for my answer.

From that day we plunged headlong into the work. We had no older men to direct us. Our own experience was inadequate. But not once did we run into difficulties or get confused. One thing evolved from another as inevitably as in our conversation with Mukhin at the inn.