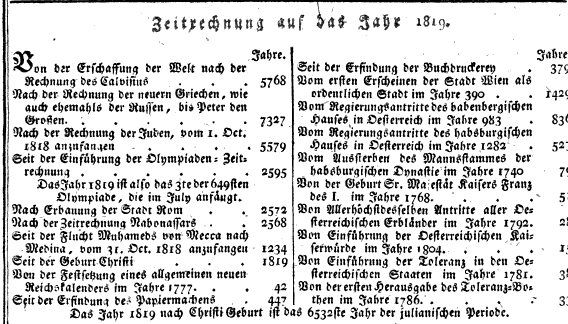 The multi-faith Toleranz-Bothe / “Tolerance Courier” was published by Jakob Friedrich Schwab in Vienna from soon after Joseph II’s quid pro quo, whereby followers of alternative cloud-based magicians (“my ducats, my daughter”) gained rights to periodic bouts of madness in exchange for integration with the burgeoning state. Years elapsed since:

Notable omission: the adoption of coffee.