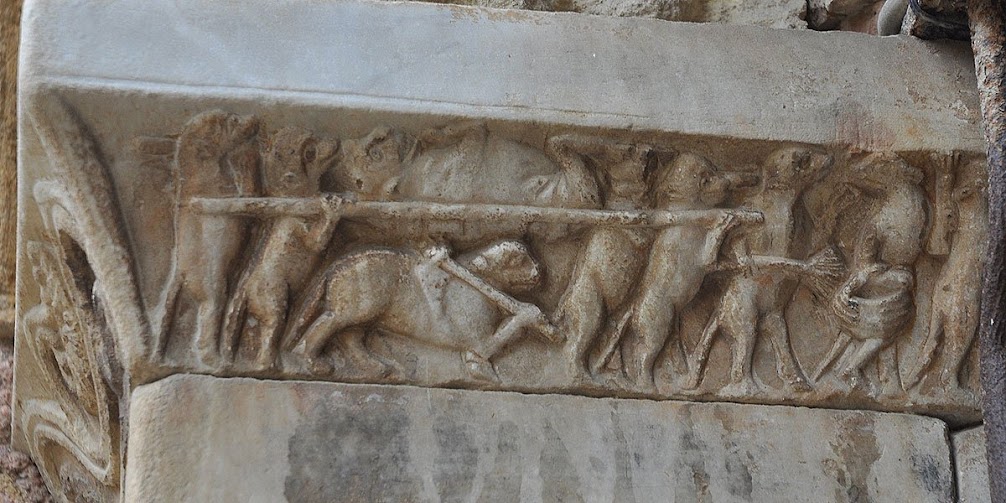 Rats/mice bearing the cat to his grave in Tarragona, anticipating Russian prints of the scene. Image: Baldiri @Monestirs.