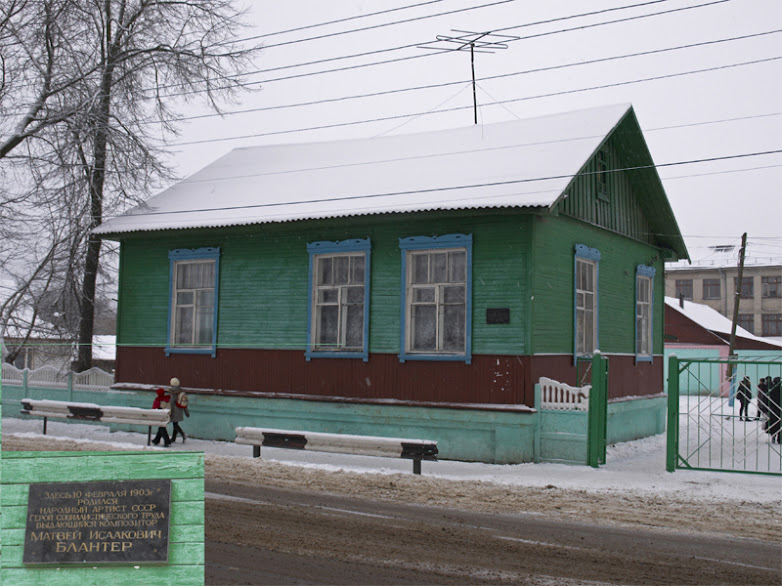 The anthem of the Soviet football federation and, post-1991, of the Russian, Ukrainian, Belarusian, Kazakh and perhaps other modern competitions is said to have been written by one of the regime’s favourite popular composers, Matvey Blanter, at the instigation of a football commentator, Vadim Sinyavskiy, to prevent silence (or abuse?) accompanying players from the dressing room to the centre circle at the old Central Dynamo Stadium in Moscow. Conventionally it lasts exactly a minute, beginning with the radio sports call sign, played on a vibraphone with its motor turned off, and segueing into military band. Here’s a clean recording with a simple animation:

The ballet is a satirical take on the political and cultural change in 1920s’ Europe. It follows a Soviet football (soccer) team in a Western city where they come into contact with many politically incorrect bad characters such as the Diva, the Fascist, the Agent Provocateur, the Negro and others. The team falls victim to match rigging, police harassment, and unjust imprisonment by the evil bourgeoisie. The team is freed from jail when the local workers overthrow their capitalist overlords. The ballet ends with a dance of solidarity between the workers and the football team.

The ballet disappeared shortly afterwards, apparently because of its adoption of bourgeois styles, by which may have been meant the cancan, the foxtrot, the tango, and tap-dancing, and for being allegedly undanceable. Here’s the cancan:

Anyway, Shostakovich is said to have regretted all his life not having composed the Football March and to have said, whenever he heard the piece, “Our Motya wrote that!”

In 2009 the Russian Authors’ Society demanded royalties for the tune’s use and the Russian Premier League threatened to drop it, but the composer’s granddaughter stepped in and waived her rights. Perhaps similar arrangements might be applied to corporate use of other Blanter songs, like Katyusha (arms industry):