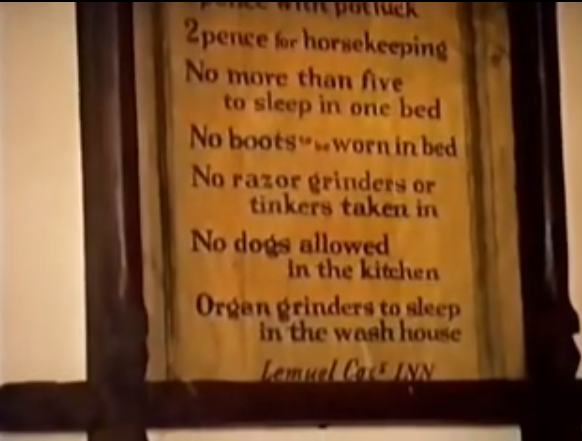 Still from Where the Other Half Lives.

Spotted (h/t) in a 1994 Jonathan Meades/David Turnbull thing about British atavism and the architecture of beer, Where the Other Half Lives, at around 05:40:

I wonder which pub it was hung in, and whether it has survived the subsequent transformation of British pubs into flats and fast-food joints (with wine racks) for the lumpen gig-oisie. It is one of a range of quasi-antique, kind-of-humorous pub and bar signs which I thought originated with cheap publishing in 1990s’ England, but which an Ebay listing suggests were mass-produced by Yorkraft in Pennsylvania in the 1960s: 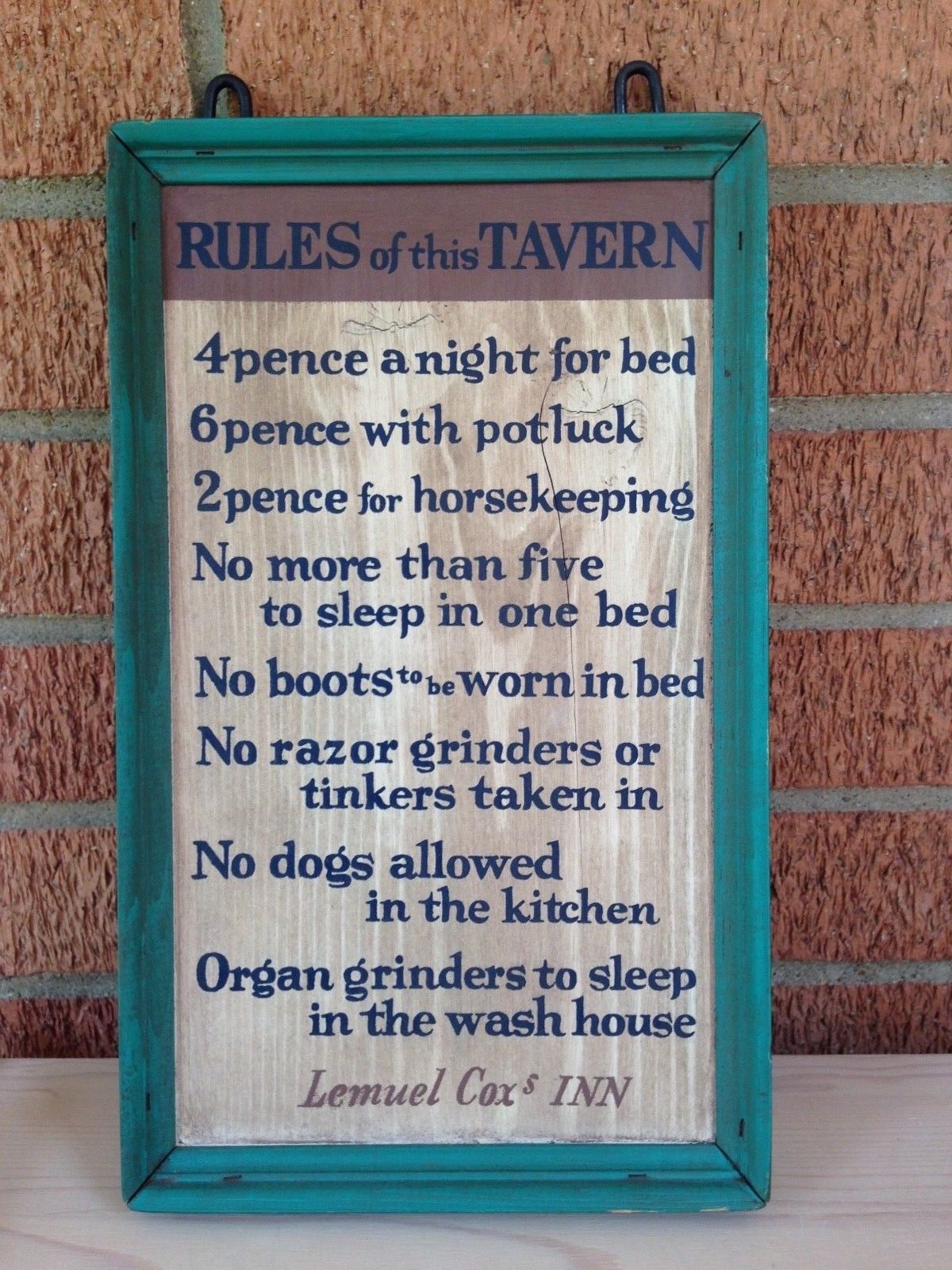 The one in question is out of stock on Amazon, but similar stuff is available, and I can have a few made for you if you’re really struggling.

I don’t think the sign would fool any British drinker above a certain age, but perhaps Americans are more trusting of proto-distressed Bohemianism. One writes, of the Jean Bonnet Tavern, Bedford, PA:

In the lower photos, the year of original construction, 1762, is celebrated in stained glass and the tavern’s original rules remain on display… I could hear the imagined sounds of a horse whinnying as a weary travel dismounted and clomped his way through a thick wooden door, content to have whatever was on the menu that cold night and happy for a place to rest his weary soul… In an upstairs hallway I found the sign (pictured right) which had the rule, “No Razor Grinders or Tinkers taken in.” I emailed co-owner Melissa Jacobs for an explanation and in her friendly response, she described “Tinkers” as “…traveling persons of questionable reputation”, and, Razor Grinders “…would come and sharpen knives and blades. I assume they were a rather unsavory bunch as well.” Thanks Melissa!

All rather delicious, but perhaps Melissa quietly blushed.

The next step is obviously a Pythonesque crusade against Blatant Anti-Tinkerism, in St Alban’s in the McDonald Valley, or wherever. In Analyzing and Writing with Primary Sources Wendy Conklin is clearly believes that this tacky authenticity furnishing is an ancient primary source and that it may have been a hate crime: 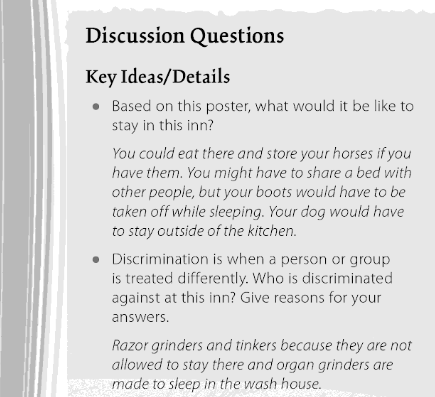 The moderately well-known Lemuel Cox (1736-1806) was a bridge-builder and inventor, not a man who owned or gave his name to taverns, but perhaps systems were attributed to him in the 1960s in the way children are to Stoke City’s Saido Berahino this week.

My organ-grinder-dom has never reduced me or my gambolling business partner to sleeping in the wash-house, but the trend towards cashless gastropubs may yet deny man and monkey one of the great pleasures of modern civilisation.

So much to watch, so little time.