Josep Pla on the rich during the economic disaster of the 1940s.

The television arm of Bayerische Rundfunk inflicts roughly the same relative damage on regional GDP as its Catalan cousin.

The most obvious explanation as to why there’s been no rioting.

But we were hoping that there would be rather more than 99 euromillions. 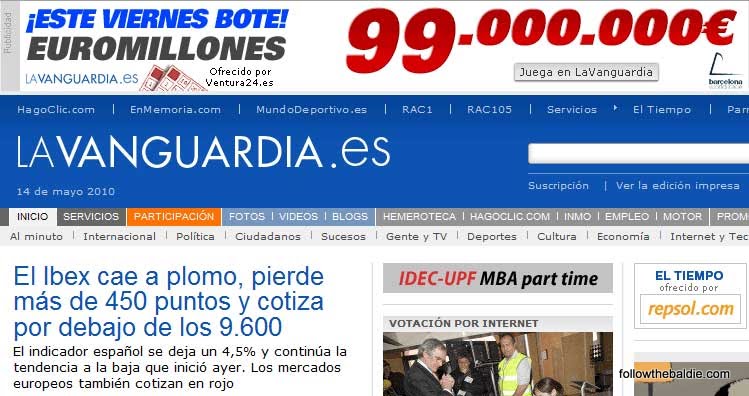 With the Anglo-Saxon plot in tatters and Jewish machinations a non-starter, some strategic paranoia for Mr Zapatero. (Like: Is Mendelssohn’s Elijah a secret weapon of German subversion?)

Free delivery on foot within 6 miles of Homerton Hospital, London - get in touch before paying.
If you want to cheat Paypal of roughly 10% of the list sale price, pay by bank transfer. Dismiss