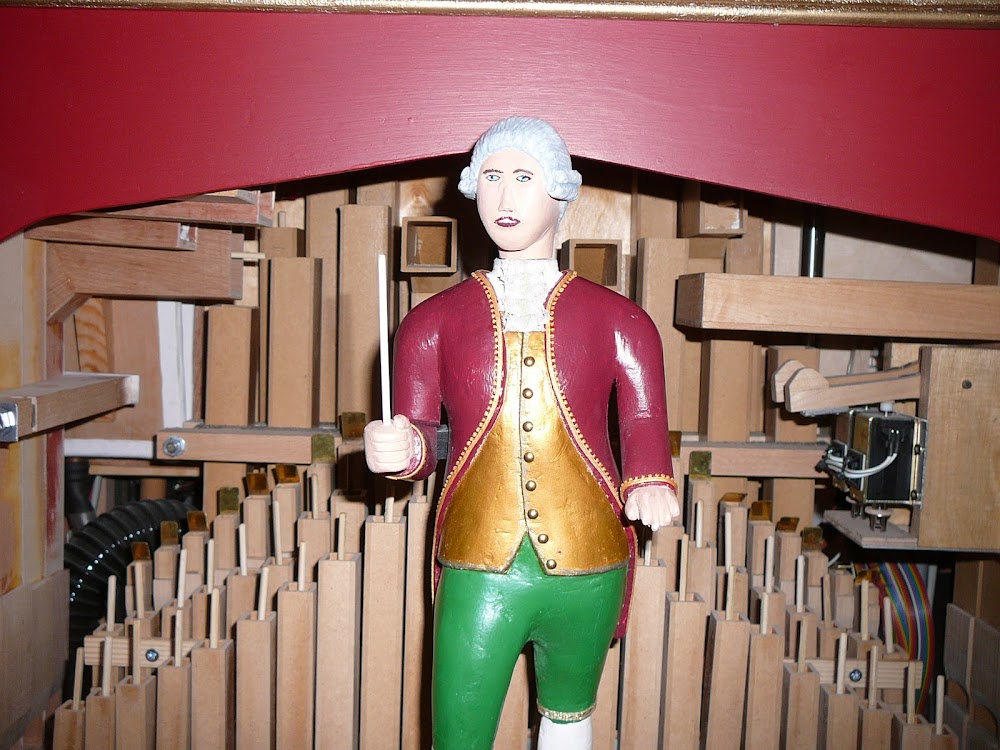 This electromechanical organ (technical data) was made in a devilish fellow in the Black Country, England’s old industrial heartland, and finished in December 2012. It is based on plans produced by this saintly gent which were modified to create functionality that goes well beyond the original: in particular, the octave pipes and glockenspiel are treated as independent registers.

It is wheel-cranked, either by hand or using a built-in electric motor. Musical control of the 103 pipes, glockenspiel, drum, woodblock and triangle is provided via MIDI from digitalised versions of the cardboard books still used on many instruments and/or from one or more digital keyboards played live. The use of an electronic control system combined with bellow-driven sound generation – a classic Second Industrial Revolution mashup – differentiates it from the wholly mechanical devices of the First Industrial Revolution and from the Third Industrial Revolution boxes using samples or straightforward MP3-players increasingly found on streets.

As well as grinding the organ, the organist sings and plays various instruments, and can also accompany others, providing a more or less extended karaoke function.

The organ is loud enough to make amplification unnecessary for most functions, but not so loud that it will cause problems with neighbours, if you live in a castle.