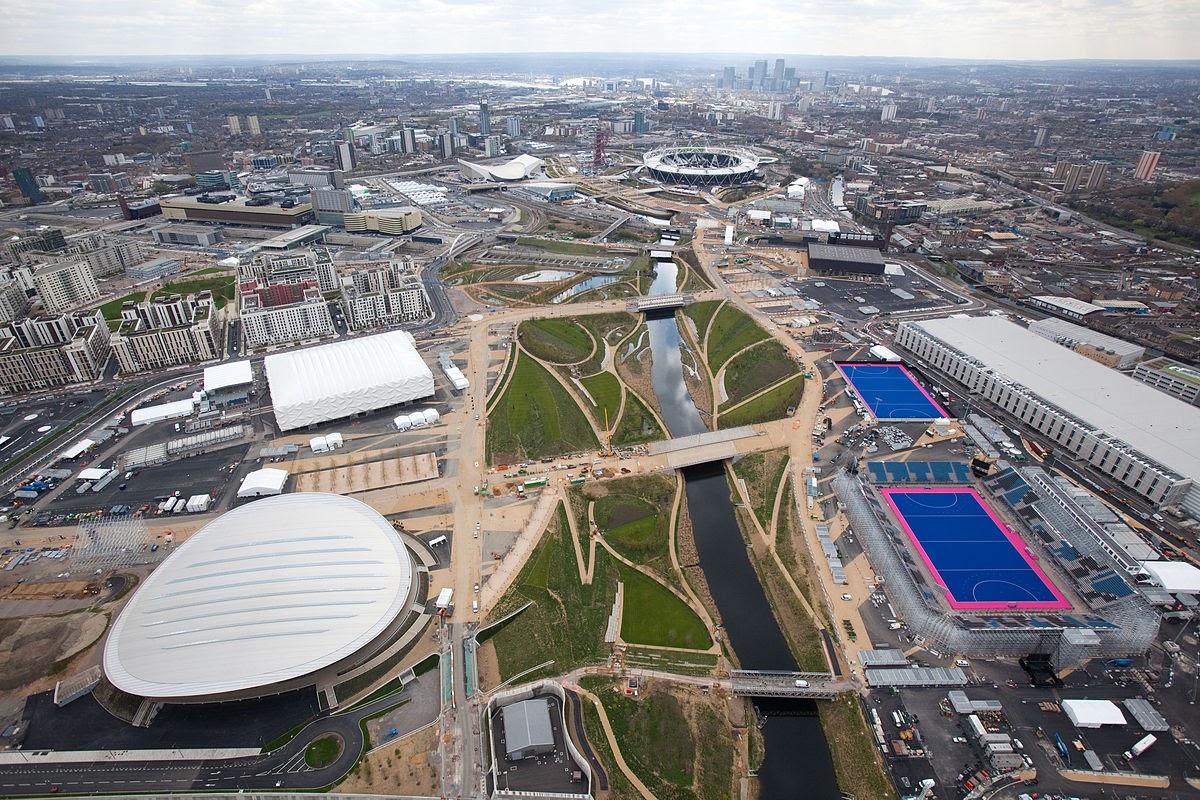 Olympic Park with the River Lea in 2012, before the Singing Organ-Grinder arrived. Image: EG Focus.

Bearing in mind that Waltham Forest used to be in Essex, here’s a bleeding hunk of Song 19:

I can’t say that from from Walthamstow village or anywhere else in the borough I’ve ever seen Hatfield Forest (which Wikipedia, contradicting Drayton, claims to be “the only remaining intact Royal Hunting Forest”), but maybe divine eyes or even binoculars are required. Pleased later by the reference to Walfleet, which is to say Wallasea, oysters, and there’s much more, and even Robin Hood. If you pay me I’ll sing the bludy thing.