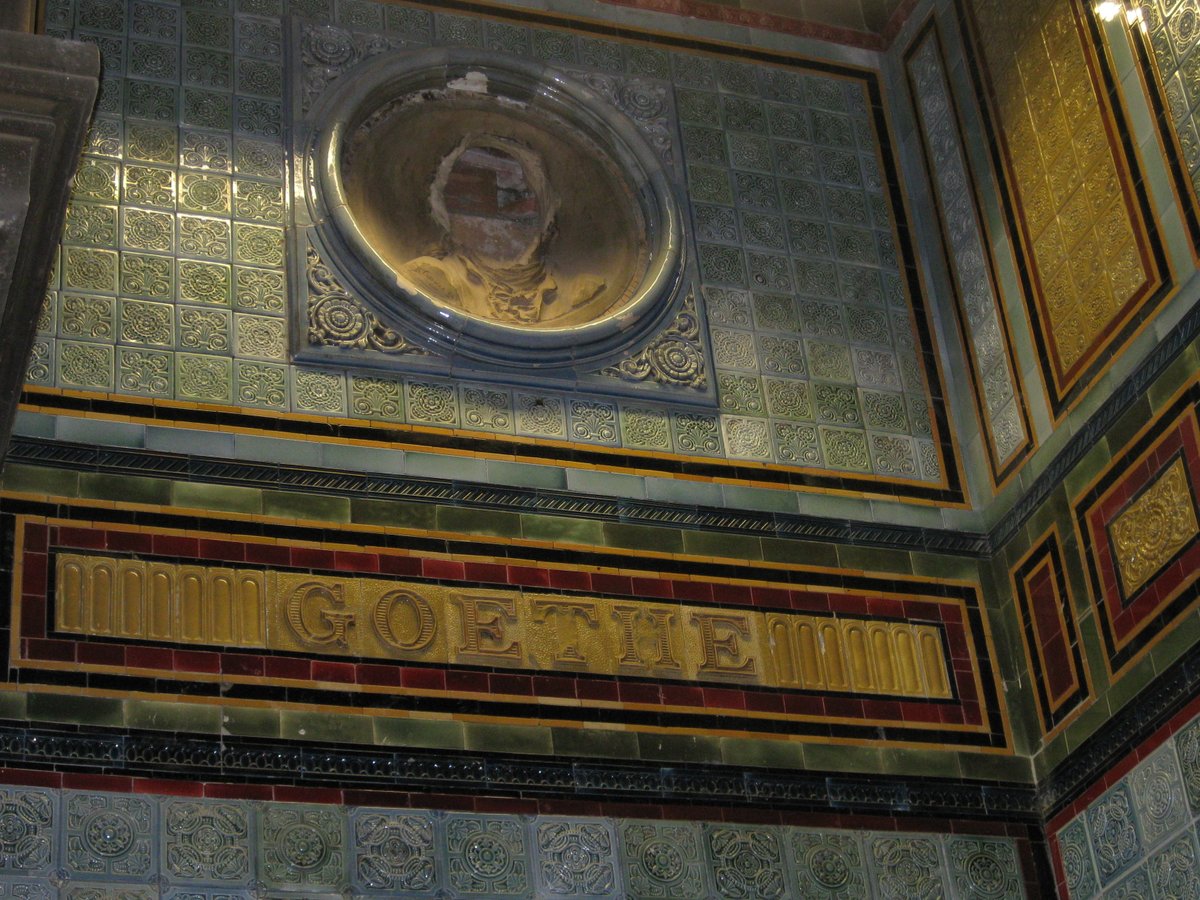 Leeds Art Gallery still hasn't repaired the face of Goethe, destroyed by barbarians more than a century ago