Skip to content
Joan Ripollès Iranzo thinks Arturo (the “o” disappeared in public a decade ago) Mas may be on the way out, Elena Ribera isn’t so sure. My favourite Reverend Bacon this time round was Oriol Junqueras, whose resemblance to a mad pig conceals the fact that he is a cunning one. I loved his recycling of…

Activists who can’t spell “war” with the paintbrush deserve to die by the sword, no? I think we’ve already established that schools should be teaching peepul how to write in whatever language they prefer, and that nations can go fuck themselves, so let’s not go here: … or here: 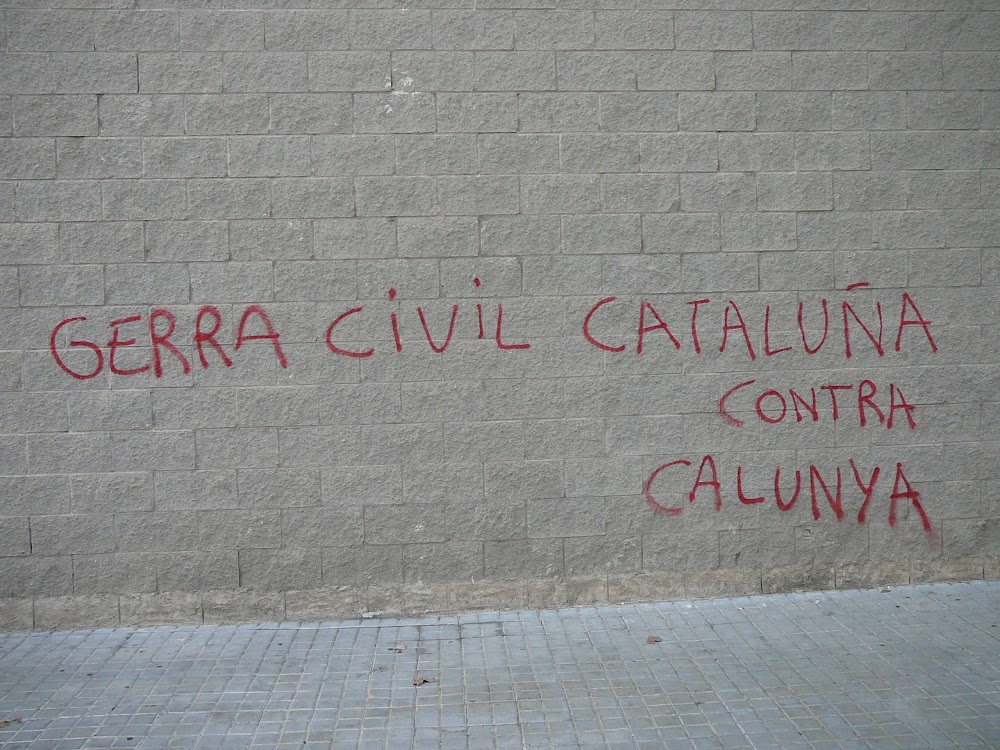 And a great train-wreck song.

Marc Belzunces screwed with me and Google Earth/Maps here and causality the voodoo finally did its stuff.

Wait, let me check that.

Serious separatists will drive on the left, in Vic, starting Sunday.