The scan below (100K) is of the front cover of Gil de Rusena’s El Memorialista Català, cited in the previous post. All I know of the artist, “Robert”, is that he worked for Salvador Bonavia and other publishers on a number of other books, including folklore collections. Bonavia’s old shop is just down the road from me at Tapineria 13, although I’m pretty sure it got demolished in the 60s when the authorities realised the potential worth to tourists of some rebuilt mediaeval walls. 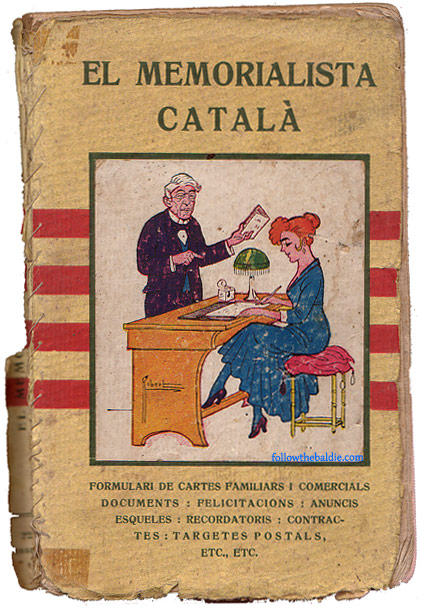