… lives up behind Montesquiu castle in Osona.

Enric the elephant lives up behind Montesquiu castle in Osona. Clearly unrelated to Pere Quart’s Elefant, with its “lawyer’s cheeks”, neither does he seem to have family in India; it would be difficult to fit a dirty old man inside him, and, for all the availability of wild boar in nearby forests, I don’t think he’s part of Ramon Llull’s orifany/senglar double-act (“The king named as his councillors the Elephant and the Boar … and threw out the Rabbit and the Peacock”). Google’s still not working, so I give up, but here’s a photo for you to ponder: 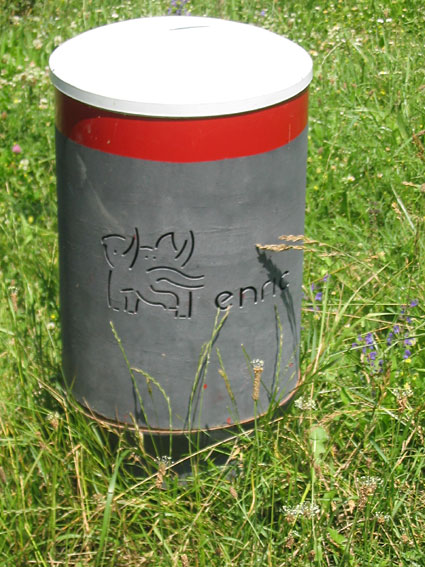