Someone suggested I whack out a Kindle version of an amusing, informative and mildly obscene 16th century educational text which is isn’t available in usable form anywhere else, and I was just wondering how one would structure the information on a 600*800 screen. Here’s one classification:

One concept that works in theory is to leave the original (classes A-D) more or less intact and do my class E with rollovers and class F with footnotes thusly:

Unfortunately hovers on Kindle and similar devices appear to be a pain in the arse, and I’m not sure how well that kind of structuring would survive transfer via Calibre or whatever. Over to you, experts.

Here are a couple of serendipities from along the way. First, my class E hung on line-ends in an edition of Caxton’s Dialogues: 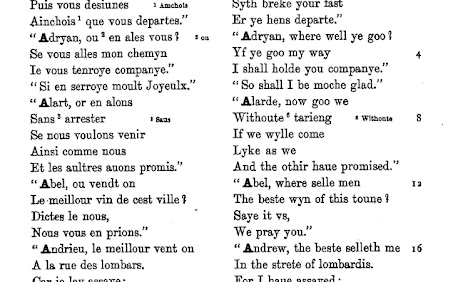 Second, three-column layout of English, French and a French phonetic version of the English from Bellot’s Familiar dialogues: 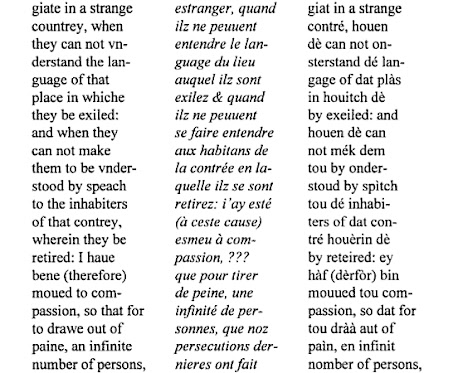