A weirdo classic for the diary.

… from the closest the madder fringes of the British upper classes ever got to Khmer Rouge aesthetics. Assuming issues with/of the Iberian periphery can be resolved, I hope to be there, my revolver primed, keeping an eye on the audience as well as the pianist.

To give you an idea of the tremendous nature of what’s on offer, and of why MI5 were forced preëmptively to assassinate Cardew, here’s one of the phenomenal enterprises omitted so as not to detain you past closing time: 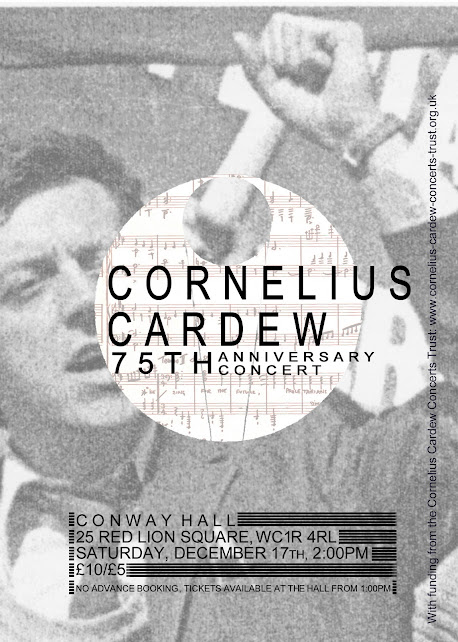 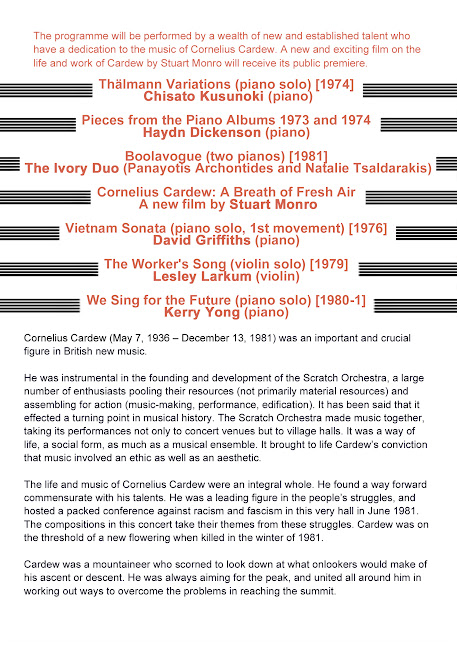 Disclaimer: I am not, nor have I ever been, a member of the The Judaean People’s Front.