The case for the defence. 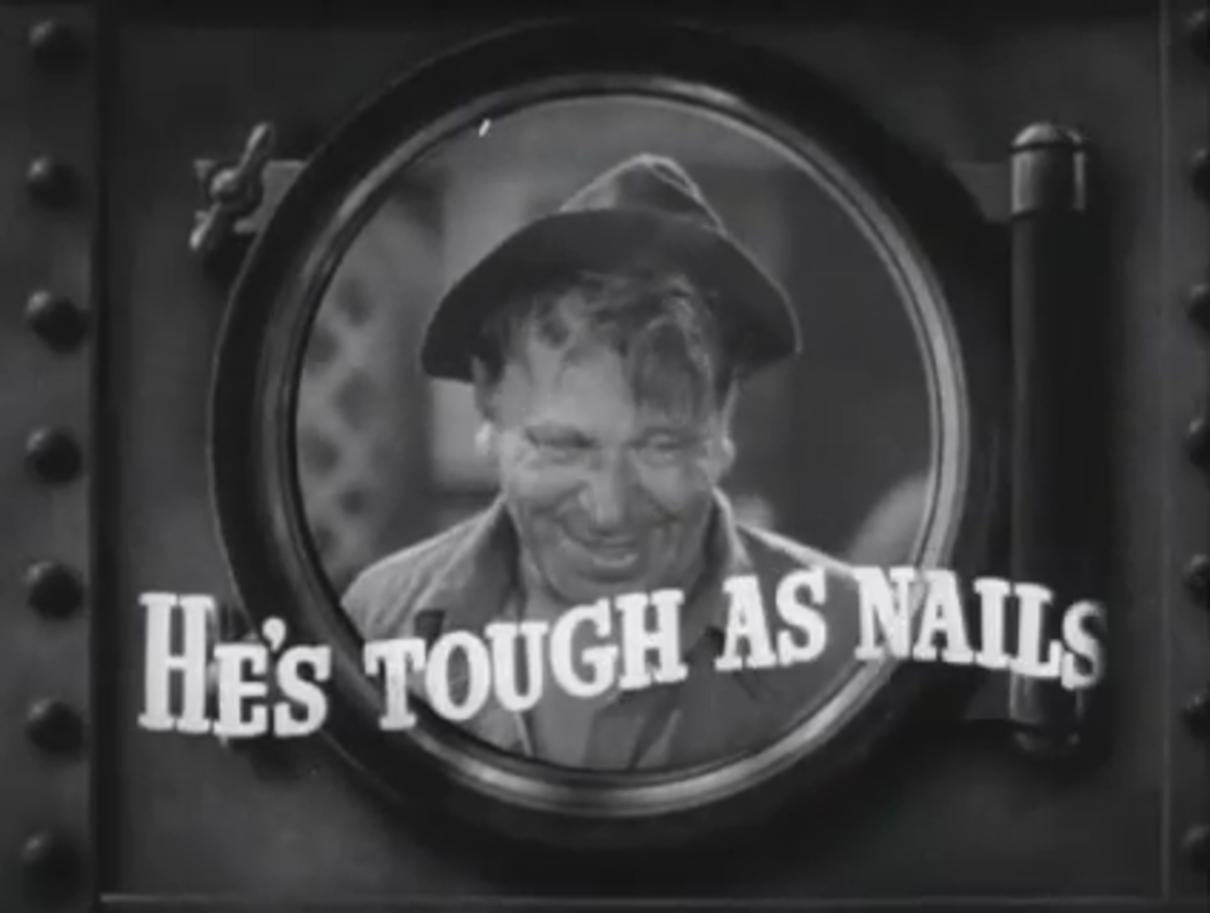 Most folkies still don’t realise that one of their favourite sea shanties, “Little Billee (There Were Three Sailors of Bristol City)”, was written by William Makepeace Thackeray around 1845 as a satire, complete with manky metre and grammar, on patriotic middle-class folkies’ enthusiasm for (parlour-ready) sea shanties. Cf. Tom Lehrer’s “Folk Song Army” at around 01:17:

… as well as the Coen Brothers, who I think said somewhere that they made Inside Llewyn Davis simply in order to film a folksinger being punched in the face.

Musical camaraderie aside, I sing Little Billee in the Thackeray version: 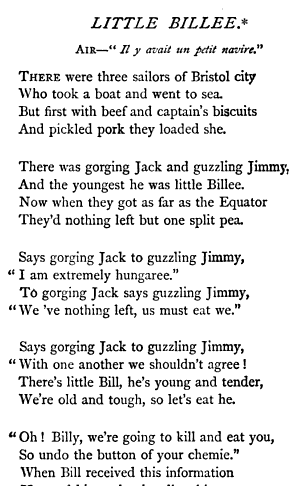 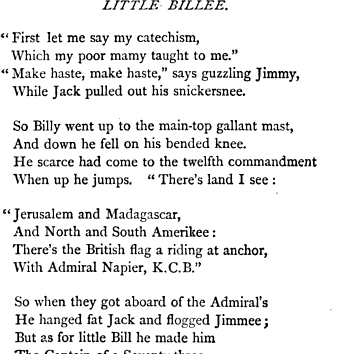 I’d never really considered the exact nature of Gorging Jack’s snickersnee. From the Dutch you might venture that it is a alliterative compound of snikken (to sob) and snijden (to cut; the noun is snee). But in mankind’s affairs the cutting mostly comes before the sobbing, and the OED says that it’s actually from steken (to thrust, stab) plus snijden, and that “the st- of the first word to the sn- of the second” assimilated has been. For example, Samuel Rowlands’ Knave of Clubbs (1600) murmurs sweetly:

Pike-staffe and pistoll, musket, two-hand sword,
Or any weapon Europe can afford,
Let falchion, polax, launce, or halbert try,
With Flemings-knives either to steake or snye,
I’le meet thee naked to the very skin,
And stab with pen-knives Caesars wounds therein.

Contemporary Dutch gives us e.g. Willem Schellincx, who in “Quik” (mercury) from the great, mad 1654 song collection, De Koddige Olipodrigo (“the droll potpourri”, < the Spanish olla podrida), describes just to what lengths Monsignor de B. will go for the girl he loves:

As firearms take over, in Dutch the combination of steken and snijden, thrust and cut (more logical than cut and thrust? will consult my Hackney neighbours), increasingly becomes the domain of surgeons and other carers. Take for example De huishouding der dieren (“animal husbandry”, 1865) on marmot hibernation:

The little animals are cold and sniff, and you can stab and cut their bodies without them feeling anything.

So maybe Gorging Jack simply wanted to help Little Billee. Unfortunately I don’t know how to start an online petition for a posthumous pardon.