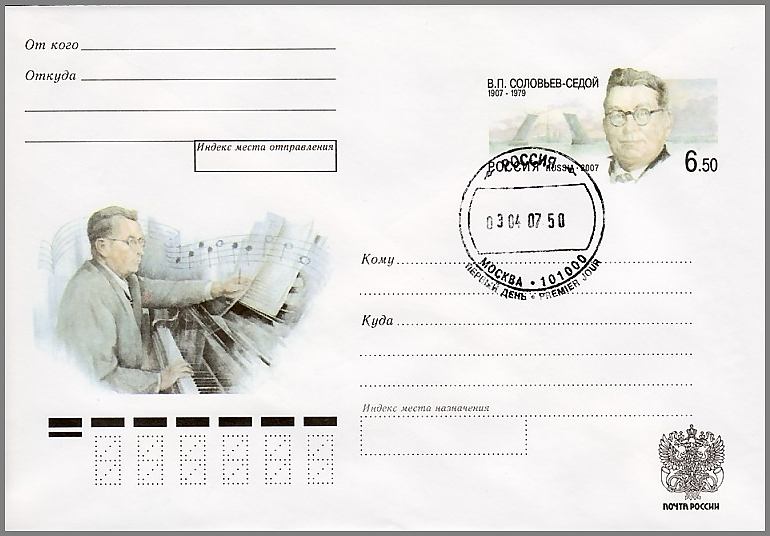 Forget the football mafia’s sexy PR videos: this version, from a match pitting Zenit against Terek from sunny Chechnya, is how most supporters sing, most of the time:

Vasiliy Solov’yëv-Sedoy wrote the tune in 1957 (Catriona Kelly) or 1963 to verses by Aleksandr Churkin. Vechernyaya pesnya (“Evening song”), “City on the free Neva,” here in the version by Eduard Khil, nostalgically evokes membership of the Komsomol, the CPSU’s youth wing (but presumably not the bloody purge of 1937-40); lindens are whispering in parks and gardens, and it’s “good night, my dearest Leningrad”:

When in autumn 1980 Zenith fans from Sector 33 of the now-demolished Kirov Stadium began to organise with a view to providing more support on those difficult trips to Spartak Moscow, they recalled how the heroic singing of a handful of drunken Liverpool fans had dominated the local crowd during the destruction of Bob Paisley’s team by a great Dinamo Tbilisi side in the away leg of the first round of the 1979-80 European Cup:

“Evening song” had become an unofficial Leningrad anthem, so Aleksey Temnikov and his mum wrote a couple of verses to Solov’yëv-Sedoy’s tune, Andrey Solntsev wrote a lot more, and by the beginning of the 1981-2 season the lyrics had been reduced and refined into something that still contained some Churkin and, in verse three, what is surely a conscious reference to their Liverpudlian heroes:

When you’re finding things aren’t easy,
And you’re far away from home,
We’re with you, Zenith, always,
You’ll never be alone![1]Here are Gerry and the Pacemakers:

In 2003 a studio recording began to be played over the PA at matches and the lyrics were put up on the screen. When coach Dick Advocaat was sacked in 2009 after a glorious couple of years, he is said to have been moved to tears by the singing at the airport. As in the case of the Football March, the Russian Authors’ Society stuck its oar in, but Solov’yëv-Sedoy’s grandson, holder of the rights, said it was OK by him, some deal was done, and – raisins on the bun – the fans donated their lyrics to the club “for all eternity.”

Solov’yëv-Sedoy was born in Petersburg but died in Leningrad. The focus of his work may have been film – 30-odd scores are listed here – but he seems to have written several hundred songs. Another wartime[2]The official line is that it was written after the Axis invasion ended the Nazi-Soviet pact, but at least one contemporary has said it was pre-war. collaboration with Churkin was Vecher na reyde (“Evening in the [Petersburg] roads”[3]Elena Polyudova translates it as “Evening on the wharf,” but whether reyd is from the Dutch rede or the English “road,” the poet is clearly talking about the place of anchor.), about sailors leaving port in the morning:

Silence falls upon the roads
The sea is shrouded in fog
The wave is kissed by our native shore
And quietly the accordion speaks:

Farewell, beloved city!
Tomorrow we take to sea
But now and then
Flaps on the stern
A familiar shawl of blue.

Which I hope gets reasonably close to the original:

Since we’re down this wormhole let’s keep digging and ask what’s with the blue scarf. It’s tempting to relate it to a 1940 song of with a name that unfortunately isn’t quite similar enough, Siniy platochek:

“Goluboy platok” is closer as a name, but composer Grigoriy Ponomarenko and lyricist Margarita Agashina were surely a bit young to have written this in time to be cited by the generation of ’41:

Some more elderly possibilities. Perhaps it’s a generic image, like a yellow ribbon, from which many songs have sprouted.