Pictures of houses and a Derbi.

Located up at the northern end of the hills that flank Barcelona, Nou Barris is one of the poorest parts of town and is as popular among town hall suits as it is among the tourists who come to view our permanent exhibition, Barcelona – Urban Miracle. A metro connection with the rest of town has now finally been opened and, although it’s unlikely that the politicos will start heading out there, it’s hoped that this will enable the inhabitants to get into town to work and to lobby for the provision of other basic services.
Although much of it is now grim concrete, the narrow valley that falls away from the Torre Baró folly hasn’t changed hugely since work-hungry immigrants from the south came and built shacks here three decades ago. I’ll get a photo of the metro some time while it’s still bright and shiny, and one day I’ll even pluck up courage to get one of the bloke who, one morning, rushed out of his front door with a fridge on a wheelbarrow and emptied it into the gully opposite without so much as a buenos días in our general direction. Meanwhile, here are some photos of the valley, a couple of houses, and a Derbi DS50: 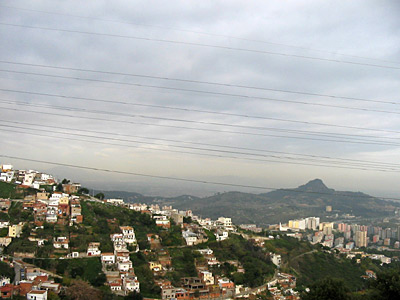 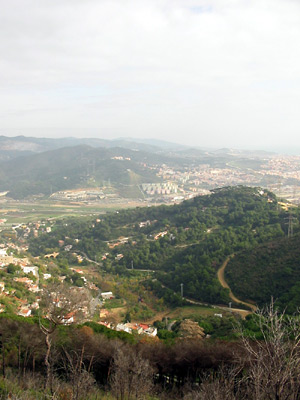 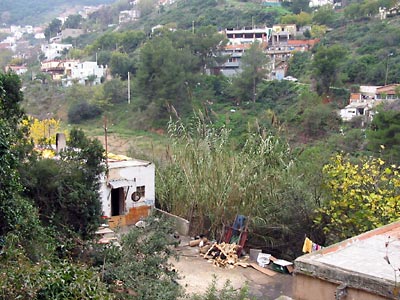 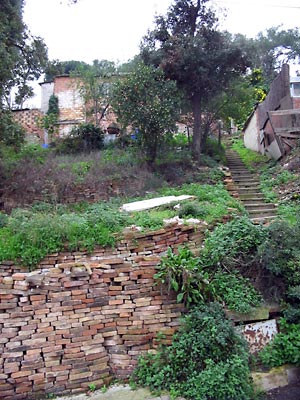 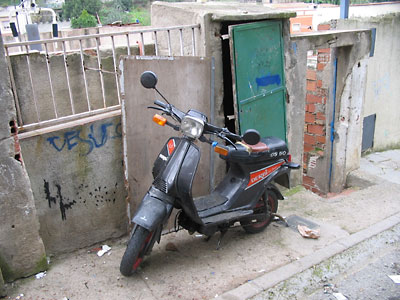 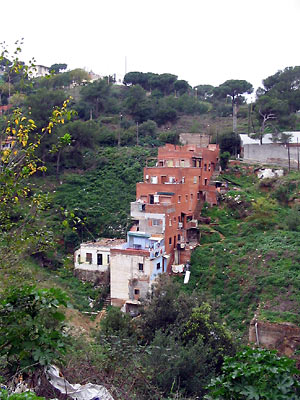 More, and a decent chance we’ll see some not particularly wild boar, on this walk.