Fleshbot quotes from the blurb of a moving picture that is unlikely to be showing at a cinema near you: 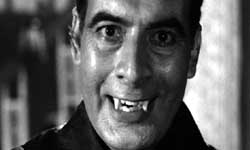 Khwaja Sarfaraz’s Zinda Laash (The Living Corpse) was made and banned in Pakistan in the 60s and is now available on DVD with the original Urdu subtitled into English. You only seem to be able to buy it in the US at the moment – try here or here – but check Pagan Films for release details (and more silliness) and Mondo Macabro for more pictures but NOT MUCH PLOT INFO! YOU’RE NOT TELLING ME THERE’S NOT A PLOT, DAMMIT?!!