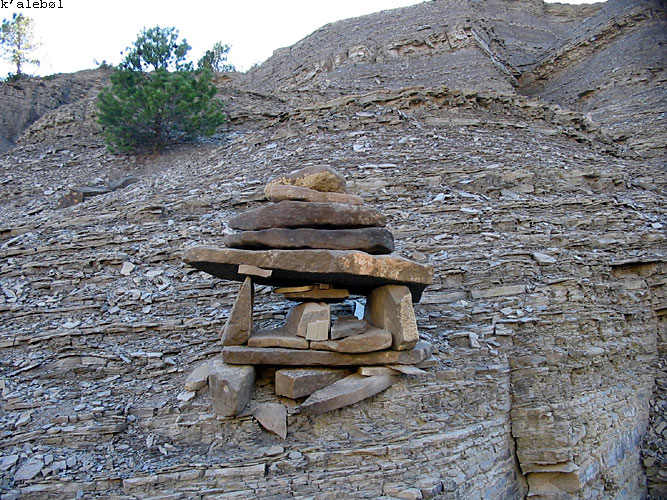 Hippies think that dolmens, as well as being graves, are there to kill people on or point out the stars. I think it’s much simpler: nature is very bad at propping several stones upright and capping them with another, so a dolmen is a sign that there are humans around and they are smarter than the guys who build simple cairns. These modern miniatures in Huesca mark a trail in a similar fashion to the tombs found along the roads leading to and from Roman-era towns. They have nothing at all to do with that excellent film, Muñecos infernales.